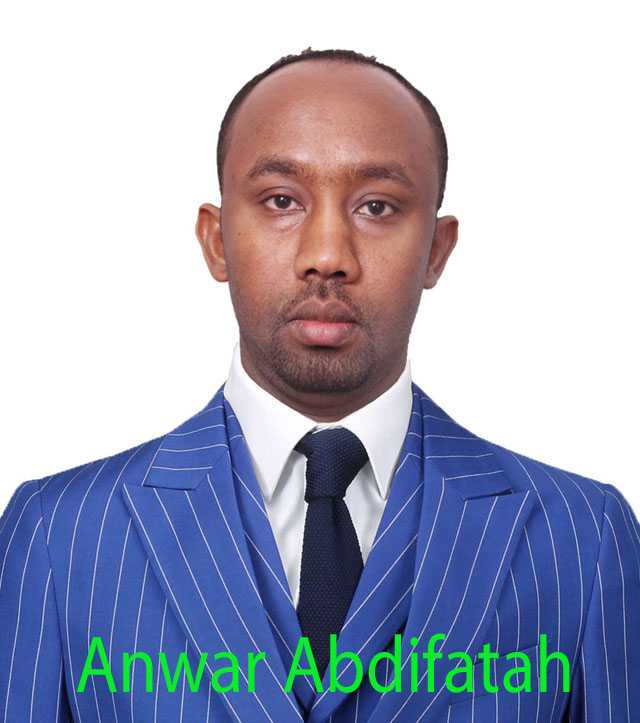 The youngest leader in Africa, the so-called Abiy Ahmed is engaging a rugged vicious war with his people.

Abiy takes the premiership in April, 2018 after the 2015 demonstrations against his predecessor Hailemariam Desalegn under the mantra of (Oromara) which reflects the unity of the two-largest communities in Ethiopia, Oromo, and Amhara in the spirit of the dictum that the enemy of my enemy is my friend.

He dislodged plenty of Tigray officials from the army and the intelligence, and many people believe that, this step was politically incorrect, and ignominious on Abiy’s credit. Ethiopia as a multi-ethnic nation, there is a drastic need for becoming vigilant whenever the leader is taking a decision, but the way Abiy tended seems as a novice politician.

Historically, Ethiopia tends patrimonial leadership and Monarch system under the tutelage of Amhara ethnic until Mengistu Haile Mariam takes the leadership in 1974 which is known as (Derg). In 1991, the Tigray militias under the former prime minister Meles Zenawi ousted the Derg government.

Amhara and Tigray: An arch-enemy!

Historically, the two-ethnicities were the founders of the former Abyssinia which is currently known as Ethiopia, and Eritrea. The two-communities share also the Christianity, and Semitic-speaking peoples. Additionally, Amhara, and Tigray used to be political dynasty when it comes to the leadership of Ethiopia.

Apart from that, there is a deep-rooted feud among these two communities in Ethiopia. Amhara, is the longest-runner in Ethiopia’s politics. Tigray, was leading the country closely three-decades since Meles Zenawi took the country under coup d’état in 1991.

These two-ethnicities used to consider each other as a nemesis for long-time.

The Tigray ethnic was downtrodden during the Menelik 2 who was the emperor of Ethiopia from 1989-1913, and the King of Shewa from 1866-1989, and Emperor Haile Selassie who was ruling Ethiopia from 1930-1974, and the Mengistu Haile Mariam era from 1977-1991 who was Marxist-Leninist. When the Tigray ethnic overthrown Mengistu’s government in 1991, they started retaliation against the Amhara ethnic through the system.

More specifically, these two-ethnics Amhara and Tigray are at loggerheads with these Wolqait and Raya territories which is currently under the hands of the Tigray. Former prime minister his Excellency Melez Zenawi pioneered the federal architecture in 1995 which Ethiopia is adopting currently. Because, Melez envisioned how his Tigray minority community can get an equal political share with the Oromo, and Amhara, the largest communities in Ethiopia.

Since Abiy takes the power, the relationship between the federal government, and the Tigray region was exacerbating remarkably, especially when Abiy did handover the disputed area, the town of (Badme) to Eritrea. This town of BADME locates the northern region of Tigray, and the Tigray region freaked out when Abiy submitted this territory to Eritrea without consulting the local residents. Ethiopia and Eritrea engaged a deadly war in 1998-2000 because of the border dispute which tens of thousands had lost their lives.

Moreover, when PM Abiy pioneered Prosperity Party as a replacement for the EPRDF which was ruling the country since 1991, the TPLF party which controls the Tigray region rejected, refused, and repudiated to the join the newly concocted party, another standoff among the federal government and the Tigray erupted.

PM Abiy continued his smear campaign against Tigray, and he considered them as a cockroach. Abiy announced that, the country changes its old money, which many of the talking heads opined that, Abiy aims to invalidate Tigray’s savings. Because, Tigray under TPLF party was ruling the country closely three-decades, and Abiy believed that, Tigray has colossal of ill-gotten money. This step that Abiy takes increased the feud among Tigray, and Abiy’s system. The hostile relationship among Tigray and Abiy peaked after the Tigray region orchestrated their local election in September this year which the ruling TPLF party won undisputedly.

After the Tigray election was announced, the federal government considered that election as a “Shanty” election. The Tigray officials expressed that, Abiy is illegitimate leader because of the postponement of the election which was supposed to take place in August this year. The Ethiopia’s National Election Board justified the election’s postponement because of the pandemic which restricted any kind of gathering, but the Tigray officials expressed this justification as a “Potato Justification”.

Plenty of political commentators believed that, a confrontation among the federal government under the leadership of Abiy, and the Tigray region under the TPLF party is imminent, and inevitable. In 04 November this year, the military confrontation among the Ethiopian Defense Forces (EDF), and the Tigray troops begun after the PM Abiy deployed surreptitiously federal special commandos to the Northern Command in Mekelle, the capital city of Tigray region.

Abiy intended these commandos to capture the TPLF’s officials, but the mission failed. Later on, Gebre Mariam who was military communications was arrested for leaking the information to the TPLF officials, because he is Tigray in ethnic.

When the Tigray officials got the news about Abiy’s assassination against them, they attacked the command, killed several commandos, and arrested enormous others. Abiy freaked out when his mission becomes impossible and blowback. Then, the next day, Abiy summoned the House of Federations (HOA), and demonized the TPLF party, and added Oromo Liberation Front (OLF, and TPLF) in the list of terrorist groups. He also ordered famously a military confrontation against the Tigray region.

Abiy’s justification of the war against Tigray region was that, TPLF is restive, and amok region. After the fighting erupted, plenty of talking heads expressed that, Abiy’s decision was unripe, unnecessary at this time. Because, Tigray was ruling the country closely three-decades, and they are well-equipped, and enough-prepared for any attack against them. Abiy persisted his decision under the guise of huffing and puffing about the rule of law.

Abiy imposed the Tigray region to cut-off the internet, the electricity, and the communication. With two-weeks of military confrontation, Tigray is yet resisting and pushing back the federal forces which is backing by Eritrean troops. Two-days ago, Abiy vowed that, he will vanquish the Tigray forces within three-days, but the Ethiopian Defense Forces (EDF) encountered a bitter resistance from the Tigray troops.

Though, the sources of the information are just emanating from the government, but the latest battle between the two-forces is saying that, the EDF was damaged extremely after the Tigray forces withdrew two-towns tactically, and the federal forces headed the roads to the Mekelle, the capital city of Tigray region, and the federal troops was seized and damaged. Also, some reports are saying that, Tigray troops demolished the bridges which go to Mekelle after the federal forces crossed, and many of the EDF were killed, and enormous others were captured by the Tigray militias.

Abiy rejects all the mediation efforts

The fighting between federal forces, and the Tigray troops is exceeding two-consecutive weeks, and both sides lost lives and limb. The neighboring countries including Djibouti, Rwanda, Uganda are trying to urge both sides a ceasefire. The political organizations such as African Union (AU), IGAD are also suggesting to de-escalate the tension. The international community including U.S department of state, UK government, and others recommended to stop the vicious war. With all these pledges, Abiy indefatigably rejected to accept the offer. Abiy’s nosedive power, and the Tigray’s tenfold reaction are clear bellwether how the war will continue until sometime if the world doesn’t intervene it.

Since Abiy imposed state of emergency on Tigray region, and the war begins in 04 November this year, tremendous people, especially the Tigray were displacing and fleeing their residents and going to Sudan. UN, UNHCR, and others expressed that, there is possibility of full-scale humanitarian crisis.

So far, more than 30,000 refugees crossed the border between Ethiopia and Sudan, and still the fighting is going on. As the fighting continues, the number of the refugees is increasing by day. The federal forces are bombarding everywhere in the Tigray region, and yesterday, Thursday, the federal forces targeted Mekelle University. Many people believe that, the indiscriminate bombardment of the Tigray region multiplies the casualties, and the internecine damage.

Tigray region is the 5th largest region in Ethiopia by size, and by population. Tigray costs 6% of total Ethiopia’s population which exceeds 100 million. Tigray is bordered by Eritrea to the north, Sudan to the west, the Amhara Region to the south and, the Afar Region to the east and south east.

Tigray region is mountainous land which is suitable for guerilla war. Abiy wants to subdue and subjugate the Tigrayan people, and now Tigrayans are in the unenviable situation, and many families were splintered due to the war. if we look back the history, Tigrayan were clever of the guerilla war, and they have tremendous war veterans who are capable to pushback their enemies. Several times, the Tigray officials evoked that, they are also ready for guerilla war as the last resort if they encounter a god-awful attack from the EDF, the Amhara militias, and the Eritrean troops.

I urge the world to meddle immediately the ongoing fighting among the Ethiopian Defense Forces, and the Tigray forces. Because, the causalities are augmenting, and full-scale humanitarian crisis is imminent. The horn of Africa was almost suffering with the Coronavirus pandemic, and the locust swarm, and now the region is confronting another humanitarian crisis, and this jeopardizes and paralyses the economy of the region.