Home Article Farmaajo is not the best President Nor are his rivals better than...
Facebook
Twitter
WhatsApp
Linkedin
LINE 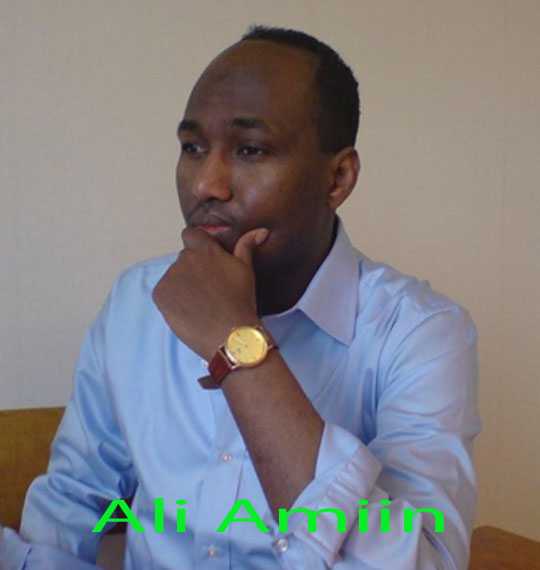 Who is who? Let us start with the familiar faces who once occupied one of the top political posts in Somalia such as Sheikh Sharif, Hassan Sheikh and Hassan Khayre.

The boy who is trying to reborn. By answering who is who question, we are going to focus on their behaviour as they were in the office, in other words we shall measure their political behaviour so that we come to a rational conclusion. All can be traced chronically when it concerns their political history, we can still see and analyse how they came to power although little is known about khayre’s political background.

Nevertheless, that, I think, does not prevent us to get a clear picture of Khayre as a politician. For he had been a shareholder of Soma Oil & Gas before he became a prime minister and that makes a sense politically especially in this era of capitalism.

Sheekh Sharif came to power by grasping an opportunity he himself never dreamed of, was he right or wrong that he did so is another question in which we are not going to discuss here, but according to real-world politics, he took the right decision at that time. However, that was a history although sheikh Sharif is still reluctant to understand and accept that.

For us— humans or sapiens (the wise) as scientists refer to or in the Quran the insaan (the one who forgets)—it is easy to forget than to remember. That is the main reason that Sheikh Sharif is now going to run for the top office the third time. Of course, as a citizen, he has the right to be a candidate again but he forgot his political background that the movement of UIC, union islamic courts made him visible and important in the Somali political arena.

Moreover, as history shows he left behind ideologically his political tool (UIC) as soon as he came to power and so did the popularity and the respect that he once enjoyed. Now, he is alone and there is no the same opportunity as that of 2009 nor is there any new story, as far as we are aware of, that he has composed so that he can again gain the hearts and the minds of not only Somalis but also International Community. What I mean here is a new story analogy to UIC that makes him important and needed again is not with him.

Fortune had made him what he later became—the Somali president. We do not need to spend time to discuss what he had been in Somali politics before he become Somali president. What we are going to examine here is what he did after he became president, in other words whether he has forgotten that fortune helped him to be a president or not? Before we go in to details lets us see what Niccole Machiavelli wrote about the private persons who become leaders through fortune:

“As fortune varies, one man may succeed and another fail, even if they both follow the same path. Times and circumstances change, so a prince must adjust to them in order to remain successful; however, men tend to stay on the course that has brought them success in the past chapter 25 in Machiavelli’s book the prince”. Chapter 7 in the book, Machiavelli tells what to do when one becomes leader through fortune. He believes, when only fortune helps one to the top, he/she lacks the necessary foundations: “To rise to the top by fortune is easy; to stay at the top after fortune has left you is difficult. You must have the necessary knowledge and ability to be a prince, you can not buy it”.

Hassan Sheik, as it was reported, was the only presidential candidate who paid most in order to come back to the presidency in 2017. Although, he had not attempted to lay the foundations by drawing classical lessons from the past after he became president yet he was trying to stay top after fortune has left him, unfortunately, that proved impossible—he failed. The same man is now a candidate; I wonder what political tool he is equipped with at this time, because with money, he failed in 2017 and fortune –as experience shows— is not always present.

Hassan Khayre—the boy who is trying to reborn

So little is what we know about Khayre’s political background unlike Sheikh Sharif and Hassan Shiekh, Khayre was not one of the local politicians though I was told that he was an advisor to Hassan Sheikh when Hassan was in the office. Except for our knowledge that he was a shareholder of Soma Oil & Gas Khayre as a politician was unknown to many Somalis before he became the prime minster. What we can measure is the reputation he earned the time he was the prime minister of Somalia and this is impossible to do without Farmaajo. However,

I am going to discuss this by quoting my book: A Crying Somali Citizen: Somalia: A Manipulated and Vulnerable Nation now available in amazon.come and BARAARUGLIBRARY at the final part of the paper.  On the other hand, regarding to Hassan Khayre, it was very clear that he was lack of confidence for the years he was in the office and he was trying to mask this an artificial rhetoric speech. Now he is one of the presidential candidates of Somalia, is he fit this post or not is a question we are not going to address here, but it is a position where he can regain his true personality—say he can reborn. This, I think, may come true when he uses his experience as material to reconstruct the natural mould he himself has shattered when he was the prime minister of Somalia.

Farmaajo and Khayre: is the present gang in Villa Somalia the right leaders at the right time?

The former (whether these are the right leaders) is more open to question than the latter (whether this is the right time), because I believe this is the right time. Unprecedented political changes are taking place regionally and globally, and these changes are directly and indirectly making positive contributions to present and even future political agendas. So any current leader has an advantage over past leaders. I believe that, if the new leaders of Somalia cleverly handle this, they may be like China’s Xi JinPing and remain in office for a long time. They may likely remain in the office another ten years after their mandate. They are there at a time when Ethiopia is suggesting collaboration, unity, and brotherhood again and saying they will respect the Somalis’ territorial integrity and unity.

Are the present gangs in power the right leaders at the right time? Have they come up with a better political vision than their predecessors? Are they more nationalist than their predecessors? In my opinion, they have already demonstrated the contrary. Within the short time they have ascended to and been in office, we have seen the Qalbi Dhagax case, the 4.5, their dirty election campaign (although they are certainly not alone in this), and above all, their reaction to Jamal Khashoggi’s murder. What is visible is corruption, a lack of nationalism and morals, and above all, poor political vision.

All these imply that they are not the right leaders; they just happened to be in Villa Somalia at the right time. However, now they are both candidates and ask for another four years to victimize us. Finally, I assume that Farmaajo is not the best president nor are his rivals (the ones I have addressed in this paper) better than he is.

Cismaan Cali Amiin is author of A Crying Somali Citizen, Somalia: A Manipulated and Vulnerable Nation