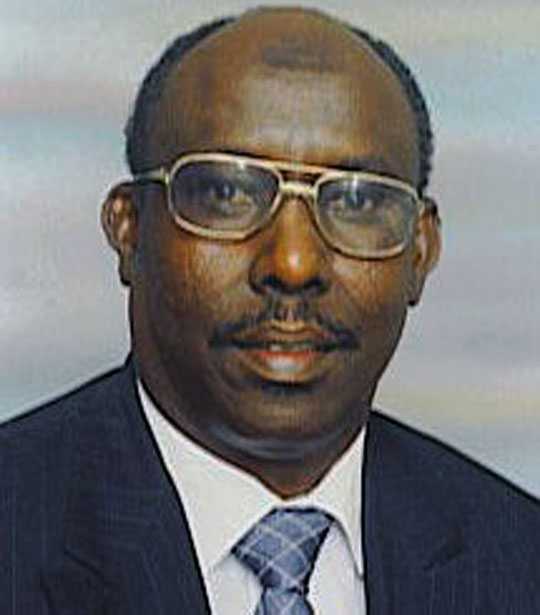 Somali patriots, including moderate Islamists are haunted by how candidate Mohamed Abdullahi “Farmajo” fooled them when they enthusiastically took to the streets of Mogadishu to celebrate his election in February 2017, and to the media chanting “please take us to Farmajo.”

The public euphoria was genuine because in the six (6) years preceding 2017 election, candidate Farmajo had hit the right buttons when criticizing the incumbent Government of President Hassan Sheikh Mohamud for abuse of power and bad governance. The general perception was that candidate Farmajo was authentic, trustworthy, and experienced leader who spent years in the United States of America – the shining city on the hill for the world for democracy and good governance. He looked like being the type of leadership Somalis yearned for.

During his presidential campaign, he used to talk to the people, giving interviews, issuing statements, and attending public gatherings, practices he abandoned after he was elected. His public statements and commitments included that the president must respect the constitution, the freedoms of the press and citizens, the separation of powers between legislative, executive, and judiciary branches of the federal government, and the autonomy of the federal member states (FMS).

Furthermore, he promised that he will liberate the country from terrorist group Al Shabab, pay compensation to the victims of Al Shabab attacks, eradicate endemic corruption and nepotism, reform security and justice system, complete the building of federal institutions, promote accountability and integrity of government institutions, prepare and hold free and fair election on time, appoint qualified individuals to federal government positions, and end Ethiopia influence in the internal affairs of Somalia.

Unfortunately, the elected Farmajo didn’t have the presumed qualities and his temperate appearance deceived the desperate Somalis. None of his promises was fulfilled.

Abuse of power, use of violence, media clampdown, patronage, nepotism, branding opponents as agents of foreign countries were his method of governance. In less than a year, the majority of the Somali people realized that they made grave mistake for electing president Farmajo who turned out to be unpatriotic, incompetent, callous, and duplicitous, but they decided to honor the legitimacy of his election for four years unless the federal parliament impeaches and remove him from office.

As the wolf in sheep’s clothes, President Farmajo became suspected of being a member (front) of secret society in cahoots with terrorist group Al Shabab. His supporters are dominated by anti-democratic elements, religious personalities affiliated to Al Itisam faction, former socialist cadres, and crooks.

He disregarded the Somali Constitution soon after he took the oath of office and embraced dictator’s playbook. He became admirer of President Isaias Afwerki of Eritrea and Emir of Qatar.

The Somali Provisional Constitution addresses three core issues that props the stability and functionality of the Somali State. First, it defines the national identity and purpose of the Somali State which is federal, republic, founded on democracy, multiparty representative system and pursue of social justice. These words stand for values to be achieved as quickly as possible.

Second, it lists the inviolable, undeniable human rights that every Somali citizens must enjoy with no restriction except in rare cases that are in line with the underlying democratic values of the constitution. Third, it dictates the laws and institutions needed to form the federal republic of Somalia. This means that the provisional constitution is a roadmap for building the democratic state of Somalia on foundation which is totally different from dictatorship. The Somali people detest authoritarianism. Respecting the constitution is necessary condition for legitimate Somali state.

In the last months of 2017, members of the federal parliament (MPs) decided to impeach president Farmajo for his egregious abuses of power. Then, they had to postpone when forces of the Intelligence Services (NISA) attacked the house of Abdirahman Abdishakur Warsame, former political advisor of the Special Representative of the UN Secretary General and leader of Wadajir Party, killing five soldiers assigned to his protection, wounding others, and arresting himself. Until today, the parents of the killed soldiers are looking where the federal government buried the bodies of their loved ones. That case represents the prime face of the banditry and cruelty of President Farmajo.

After few months, the social media circulated the news of the impeachment, which irritated president Farmajo who immediately ordered the dismissal of the Speaker of the parliament Mohamed Sheikh Osman Jawari for not being loyal. The Prime Minister, the first Deputy Speaker and Ministers who were also MPs joined efforts to dismiss the speaker with any way necessary. The move led to armed confrontation in the federal parliament. Speaker Jawari resigned after delivering scathing speech against the coup of the executive branch for taking over the control of the federal parliament.

Again, in December 2018, Speaker Mohamed Mursal Sheikh Abdirahman accepted formally an impeachment motion against president Farmajo signed by 92 MPs. The FMS leaders supported the motion. To impugn the motion, President Farmajo asked 14 of the 92 signatories of the motion, who were either ministers or allies to claim that their signatures were forged. He harassed Speaker Mursal who had to move out of his Villa Somalia residence after he feared for his life. The impeachment motion was later dropped for the absence of constitutional court responsible to review the legality of the articles of impeachment, external interventions, and dirty deals.

From that date, the separation of power between the three branches of the federal government ended and the parliament became part of the executive branch. The checks and balances on the abuses of power of the president and the executive abolished for good. The concentration of power in the hands of president Farmajo constitutes major obstacle to the establishment of an accountable federal government in Somalia in the foreseeable future.

Ultimately, Galmudug, Hirshabelle, and Southwest became vassals of the federal government serving the wishes of President Farmajo. Puntland and Jubbaland maintained some kind of autonomy but didn’t escape from the harassments of the federal government.   The power grab of President Farmajo had crowed out national reconciliation and the implementation of development activities planned during his tenure.

After rigging successfully the elections in three FMS, president Farmajo felt confident rigging the federal election easily. But, he met stiff resistance from different political forces, particularly the Prime Minister, Puntland, Jubbaland, and opposition forces. The Prime Minister was fired on seven minutes. The resistance delayed the holding of parliamentary and president elections on schedule. Then, the term in office of President Farmajo expired on February 8, 2021, which set off a constitutional and political crisis. The Union of the Presidential Candidates (UPC) called public demonstrations on 19 February against the delayed federal election and Farmajo’s illegitimate presidency. The demonstration didn’t sit well with Farmajo and decided to stop at any cost.

He ordered use of lethal force against the leaders of the demonstrators – former Presidents, Speaker, and Prime Minister – who narrowly escaped death and injury. A number of protestors were killed and wounded. As usual, President Farmajo has remained silent on the attack and the casualties and to double down on his determination to use deadly force if necessary, he withdrew large number of soldiers from the frontline of the war against Al Shabab and deployed them in Mogadishu to threaten mass causality and destruction if opposition leaders call for another demonstration.  His message was simple “no demonstration against me, but yes demonstration for my support.” This is the classical dictator’s playbook.

Another issue of great personal interest for president Farmajo was and continue to be the oil and gas business, a lifeline for every dictator. He ordered the signing of Oil and Gas contracts with two foreign oil companies, just days before the end of his tenure, while proper legal frame and credible institutions were not in place. Luckily, powerful, influential international actors and opposition outcry forced him to back off for the time being. This could be temporary hiatus. Loyalists are packed in the Petroleum Institutions for pressing ahead with the award of oil and gas contracts.

In fairness, President Hassan Sheikh was more progressive, patriotic, and wise in dealing with international and domestic critics. With its weaknesses, Hassan’s government advanced the goals of peace and state building process. In contrast, Farmajo’s government wiped out the progress made in the past.  President Farmajo became tormentor of the FMS, fierce opponent to democratic norms and accountability. Somalia was anxious to face the same tragic fate the Tigray people of Ethiopia are facing. The legacy of his tenure is deterioration of the humanitarian, terrorism, insecurity, and foreign relations situations. Somalia is on the brink of civil war unless preventive actions are taken before it’s too late.

Somalia is under Chapter VII of the UN Charter and the international community has the moral responsibility to support it to achieve peaceful, sustainable self-governance with the ownership of its security and defense responsibilities as soon as possible. It has lost 4 years. The hold onto power of President Farmajo after February 7, 2021 constitutes high risk for the future of Somalia and the interests of the international partners.

The only way out of current tension is to pressure Farmajo to relinquish power and leave office immediately for credible elections. A forced exit after mandate expired is a legitimate writ which saves Somalia from collapse and international community from condemnation and humiliation.

Ethiopia’s Abiy, from Oslo to The Hague!

Despots and Accomplices in the Horn of Africa