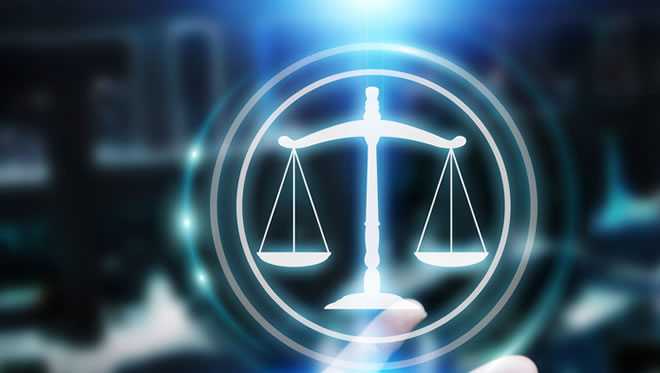 Legislation and regulations are coming thick and fast from all directions. It is hard to keep up. This Parliament and Upper House are celebrated for passing and amending the most laws in modern history.

Clearly, these laws are meant to send a signal of reform, change and progress to both the Somali people and international stakeholders. Indeed, this is very important, but this message is not getting through.

The recent fiasco regarding the Sexual Offences Bill which was rejected by Parliament is a great example of poor change management in Somali political communication. The Bill itself, whatever the content, is not the issue. The real problem is the way in which it was presented to Parliament and the understanding all Somali stakeholders appear to have of this legislation.

Sexual offences against any human being is an abhorrent crime punishable by law and this is a global standard which promotes and strengthens human rights, whatever the differences in global interpretations of these rights. However, with the merits and importance of the Bill not being fully discussed and understood in Parliament, it became labelled the “Halane Bill,” “Diaspora Bill” and “Gaalo Bill.”

This was an outcome which was very predictable. Why? Those experts who prepared it, supported it and took it to Parliament appear to have forgotten that the process of societal change does not begin with legislation; it begins in people’s hearts and minds and progresses through discussions. Accordingly, legislation is the outcome of a society’s reflection and deliberation, not the precursor.

Somalia has every type of law imaginable, but enforcement is almost non-existent.

The reason for this is that Somalia, having suffered over two decades of violent ruin and political failure, cannot just get up and begin from where it left off in 1991. Even if it were to do this, it would not be very successful because of the legacy of top-down dictatorial rule under the Siad Barre military administration, which strangled human expression and crushed public action to the point of civil war and state collapse. Somalia needs legislation, like every other country, to function but for them to be understood and supported by the Somali people, they need to be better communicated through a process which involves effectively managing change.

Change management and day-to-day communication operations are often compartmentalized. Misleadingly, one is seen as purely management and the other communications. Media experts in Somalia are often narrowly focused on singular projects, which they seldom connect to the wider developmental aspirations of the country or its people. This disjointed presentation of narratives is compounded by a lack of general strategic communication plans and this even includes internationally-funded projects which are often poorly executed as a result, despite having stringent monitoring and evaluation components.

Even worse, due to poor coordination, mixed messages are sent to an already ill-informed public, further raising suspicion and increasing disinterest. More concerningly, some misinformed policymakers have in the past argued that they will do what is good for Somalia with or without the people’s participation. But what is Somalia without its people? What is leadership without followership? What use is any law without implementation? What are policymakers themselves without public legitimacy?

Somalia, as a recovering post conflict state, needs to escape the trap of poverty and insecurity through information, education and then, and only then, legislation. Somalis are traumatized by almost two decades of civil strife; trust in government, the judiciary and legislatures is very low. Yet, Somali governments starting 2012, when Somalia officially gained international recognition, have been pushing forward with leading a sustainable recovery by instigating change. Democracy, stability, inclusive politics, good governance, economic recovery and even driving with a driving license are all new aspirations which the Somali government and its international partners are committed to.

All are also interwoven and crucial for Somalia’s sustainable development. However, for all of them to be realized, a process of change management must be employed alongside culturally relevant and contextually sensitive strategic communications and public relations methods to make it happen. In any post-conflict setting, people can’t be pushed in any direction, but they can be nudged and persuaded to contribute to the changes that will benefit them, if they are meaningfully engaged.

Communicating change is not complicated in Somalia.

Change is happening everyday across all sectors of Somali society. Change is a must for Somalia to recover from the misery of a failed past which is now, thankfully, slowly becoming a distant memory. Change is also clear from public and private activities, including the Somali Federal Government’s aspirations of good governance and economic recovery. Communicating this change requires the Somali policymakers to answer WHY the change is needed, WHAT the changes are and HOW they are different from what existed previously.

Policymakers also need to identify, map and engage all the stakeholders, not just the “usual suspects” who often are privileged insiders, and generally not very representative of the wider Somali population. Uniquely, in post-conflict settings, all affected stakeholders must be identified and engaged so they are heard and do not become obstacles. Increasing dialogue and expanding the space for public engagement is the best insurance for sustainable developmental outcomes. It is also the basis for common ownership of and accountability for all public endeavors. “Looma Dhamma (lack of inclusive representation)” can no longer be an excuse to hold back development in Somalia.

For most policies and actions in Somalia, poor communication and ineffective public relations are key drivers of failure, which leads to the unfortunate situation of too many laws and regulations without effective implementation.

Change is all around us in Somalia, but this does not make it any easier. Some of the reforms that are currently underway, like those that relate to public financial management, inclusive politics, common social responsibility and good governance, are historic and very new to Somali political culture and public discourse. There is still some resistance and suspicion surrounding them, but all stakeholders know that this is the only way to go forward to achieve inclusive sustainable economic reforms.

Telling a convincing story of and for change and involving key stakeholders through the process of change which highlights the benefits is a must. Personalizing the benefits of the change and mitigating its negative impact is also crucial. Accordingly, through public engagement, dialogue, outreach and educational and informative strategic communications, an inclusive narrative for change which stakeholders can and will support can be created with them.

Social media, radio, TV, theatre, poetry and targeted inclusive public events will serve as the most effective means for achieving the goals of communicating change and securing buy-in for it from stakeholders in Somalia through a process of co-design. Whilst some international support has been made available to this end, it remains largely a one-way channel, with outreach largely being limited to symbolic post-hoc updates on project outputs – new buildings, budgets, bridges, and legislative bills. Urgent, creative and innovative approaches are needed to move such communications towards two-way consultative, deliberative discourse.

The era of knowing what is best for Somalia and Somalis by a select few must end. It has not worked so far, and it will not work in the future. Running to legislation like it is a cure for all developmental illnesses in Somalia is the disease that is suffocating effective public administration and widespread support for many important reforms. Changing the culture of top-down policymaking in Somalia in general is beneficial for the long term.

Yet, it will only happen when the process of managing change is communicated well, and stakeholders, most importantly the Somali people, are engaged and playing a major role in the process. Of course, the government must guide and focus stakeholders on the bigger picture, but it must let them inform the details that will govern and better their lives. Hence, it is important to prioritize and sequence activities related to change management and communications in Somalia in this order: Education (information), Outreach and, then, Legislation. An iterative cycle of listening, learning, acting, evaluating and improving must be established for change to work in Somalia, like everywhere else in the world.

When social, economic and political change is achieved through an effective policy of strategic public engagement and communications, it must be kept alive in the same manner to ensure the agreed benefits and highlighted challenges are continuously monitored and shared with the public. This is the way to strengthen stakeholder confidence, civic engagement and to instill a process of continuous societal learning to achieve sustainable development.

Common ownership of and accountability for initiatives would also thusly be strengthened. If the Somali government can do this, it will be leading by example, and living the values of change while managing it successfully. Improved State-Society relations are the bedrock for a stable and prosperous Somalia, a factor that must improve for development projects to be implemented more successfully and to have even greater impact.

To sum up the points I have made in this article, here are 4 things Somali policymakers can start doing today to strengthen their change management processes:

1. Consult broadly and inclusively – not just “the usual suspects”

2. Engage the public through strategic communications and outreach. If you don’t know how to do this, hire an expert (there’s plenty of them).

3. Build in enough time into your process for consultation. Rushed processes are seldom successful.

4. Be patient: Somalia cannot be fixed within a development project cycle. Change is a process, not a quick result

The author can be reached through the below means:
libanbakaa@hotmail.com
@LibanObsiye (Twitter)