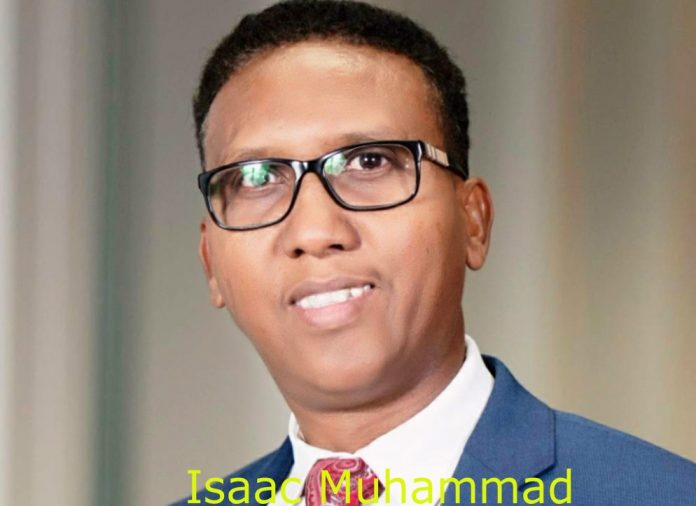 John Maxwell was right: “Everything rises and falls on leadership.” And at the peak of Somalia’s colossal predicaments, it is a numbing example of an appalling failure of leadership.

Indeed, for more than half a century after gaining its independence, the nation appears to have perfected the uncanny tendency of replicating inept leaders. These perennial leadership failures have consigned Somalia to an ignominious position at the bottom of the global security and development table. Indeed, superficial leaders have continually created a trap for the nation. So, ask yourself, what can Somalia do to prevent echoing itself this time around?

Among these nations, no country has become more impoverished relative to its position in 1960 than Somalia. Following the collapse of Siad Barre’s government in 1991, a long civil war devastated the economy, infrastructure, and public institutions of the country, creating a massive loss of human capital. However, nothing has impacted the nation more than its incompetent leaders who have rigged the system and abused their powers to benefit themselves and their closed circles.

In addition to these broader complexities, Somalia’s challenges are graver and often intertwined. Much comes down to security. Fragility and impoverishment aside, when trying to rebuild Somalia, the prime focus must be security first, security second, and security third! Somalia ranks seventh in the world of countries impacted most by terrorism. The Alshabaab continues to be one of the core undermining issues to Somalia’s stability and return to normalcy. An estimated 30 people died a few days ago when the terror group launched an attack in Galmudug’s Wisil town in central Somalia. Security reforms are vital for protecting citizens, rebuilding the nation, ensuring territorial integrity, and attracting foreign investment.

Besides security, trust in government is the second most important element in rebuilding Somalia. Addressing the UN General Assembly in September, UN Secretary-General António Guterres warned that the world is “suffering from a bad case of trust deficit disorder.” Somalia is an epic example of that. Trust has eroded in all categories: in government and national institutions, between states and the federal government, among the federal member states, and regrettably in the national army and rules-based order. Somalis have lost faith in the political establishments and polarization and discord are on the rise.

As Harvard professor Tarun Khanna describes in his book Trust: Creating the Foundation for Entrepreneurship in Developing Countries, trusted government institutions move societies forward by playing two essential roles: dramatically simplifying daily life and enabling new collaborative solutions. In other words, trusted institutions are the grease in the social machine.  A dearth of trust in institutions carries costs. Khanna and others point out that when citizens lack trust, they are less likely to comply with laws and regulations, pay taxes, tolerate different viewpoints or ways of life, contribute to economic vitality, and resist the appeals of demagogues. Does this sound like Somalia? It sure does!

The French Savoyard philosopher Joseph-Marie, Comte de Maistre, was once quoted as saying that “Every nation gets the government it deserves.” In mature democracies, this statement may be tenable, if contentious. Nevertheless, I would argue that every country deserves a government and the leader they need, especially dreadful pseudo-democracies such as Somalia.

Against this backdrop, Somalia’s critical state necessitates a leader who can take decisive actions to shift the country’s prospects for the better. Ask yourself whether you were happy with the performance of the former presidents. And how satisfied are you with the country’s direction under the current occupant? If Somalis were pleased with their former presidents’ performance, they would not have axed them, so that answers that question. I doubt that most Somalis approve of the incumbent’s performance either.

If that is the case, then what traits and qualities does Somalia’s next president require? We must preclude one who fails to seize the opportunity and caves in the heat of the moment to perpetuate a political career. At the same time, we must reject a controversial and provocative leader who cannot unite the nation or build the consensus and trust necessary to move the country forward. Indeed, not a replica of the past!

At this critical juncture, the nation yearns for a leader who can envision the country’s future and the resource pathway necessary to achieve that future while anticipating and deciphering changing global, regional, and national geopolitical, economic, and social events. The nation requires a visionary leader who is resolute in harnessing, developing, and deploying the very best human talent to achieve an envisioned future for the country. The visionary leader must not rely on the force of power and closed circles but must drive a transformative agenda through collaborative relationships. Such leader must convert their vision into reality by creating an environment where citizens can thrive.

Somalia demands a levelheaded leader who can singlehandedly mollify the heated political climate. One that can adjust the volatile media and social media divide that has contributed to the spread of disinformation and polarization that has exacerbated divisions and social grievance. In a nutshell, the country needs a leader who can set a prime example of unity, acceptance, patience, and responsibility. More importantly, the nation needs a leader who clearly understands the kinds of actions responsible conduct entails—promising no more than they can deliver, not taking advantage of the vulnerable, heeding people’s complaints—to bridge social divides and rebuild public confidence.

For many decades, the country has seen how dysfunction and distrust feed on each other and consume the very institutions that should be finding solutions. It is time to be genuinely innovative in politics for the first time in Somalia. It is time to elect a leader who can break the cycle of impunity through a real sense of commitment, unwavering political will, improved financial management, and greater transparency and accountability.

Now let us see what you can do to find that leader. It starts with electing a capable and qualified parliamentarian. You have a role to play and a power to exert in influencing your next representative. You have probably heard the saying, “Insanity is doing the same thing over and over again and expecting different results.” If you Somalis maintain business as usual, you will preserve the status quo.

But if all your blocks of society—intellectuals, religious leaders, women, and youth—exercise their responsibilities in ensuring their clan sends their best and brightest to Mogadishu, then a transformative election might ensue, and then a new dawn might shine on the shores of Somalia.

Nepotism in the Hiring Process of the Public Sector in Somalia