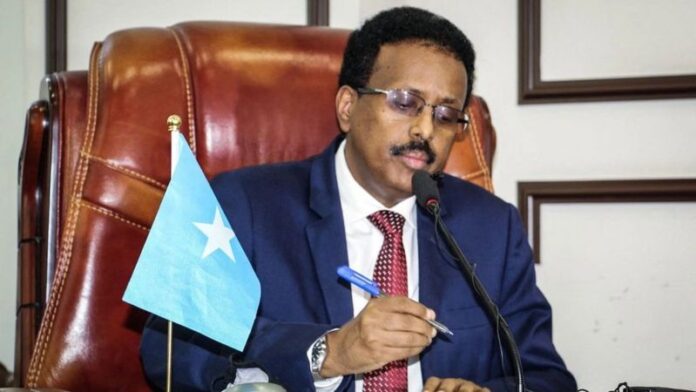 President Farmajo, when we read your article in Foreign Policy Magazine dated May 18,2021, it comes to the mind that its author is a prominent opposition figure and not the individual who has held the highest legitimate authority in the country for the past four years.

Observers of the developments of events in the Somali politics, especially after the dismissal of the former prime minister Kheyre in a parliamentary session that lasted no more than a few minutes, realizes that your way of evasive tactics and playing the victim is one of the causes of the current political crisis.

Mr. President, you start your article by referring to the People’s Assembly’s approval of the law for the handover of power through elections in 2020. You deliberately ignore throughout your article the second chamber of the Somali parliament, which is the Senate representing the federal member states.

As the president of the republic and the guardian of the interim federal constitution, you deliberately ignore an important pillar of the federal system in Somalia, which is the Senate representing the federal regions that make up the republic.

With this complete disregard for the role of the Senate and prejudice against the opposition, as if it was running the country during the past four years, you try to capture the reader´s emotion without the slightest interest in addressing logic and establishing an argument.

These laws, in addition to extending your presidential term, were enacted in the People’s Assembly, most of which is loyal to you, and was not submitted to the Senate, which forms the second chamber of Parliament. This is one of the reasons for the lack of legitimacy of these laws in addition to their unconstitutionality.

The recent events forced you to accept the solutions that were previously rejected by you. Thus, return to negotiate the details of the September 17, 2020, agreement, which despite its presence on the table, you instructed the People’s Assembly to issue the extension law and ratified it. Although unconstitutional.

Changing this system needs something that you are not good at, Mr. President, which is to negotiate transparently and honestly with all political actors in Somalia to reach a satisfactory settlement for all parties.

Social contract and the question of trust:

Changing the social contract is not done through presidential decree or winning over a group of deputies in the People’s Assembly, regardless of your media power and financial resources. Changing the social contract in a country like Somalia must be done in a careful, transparent, and persuasive manner. Before all this, the concerns of the various parties must be addressed by providing the necessary guarantees to build trust.

Most of your steps, Mr. President, since the Dhuusamareeb talks, are not building a basis for confidence with the actors in Somali politics, but rather inventing new crises to avoid a political settlement to solve the election crisis.

Who is to blame?

Mr. President, your article mentions that you are not to blame for the delay in the elections. Whoever held the reins of power in the country and its financial resources during the past four years is the only one to blame for the failure to hold the elections on time. What caused the electoral process to falter in Somalia to the point of risking an armed confrontation in the capital was your administration, Mr. President.

Directing state resources to interfere in regional elections, financing media campaigns against the opposition, and using security forces to suppress peaceful demonstrations, do not build correct foundations for building confidence in Somali politics.

The costly and reckless tactics used by your administration to deal with the political crises are what led to the current situation in Somalia, and you are the only one to blame for that because you were the head of the state.

Abiy plans to head the Upcoming Election without nemesis!