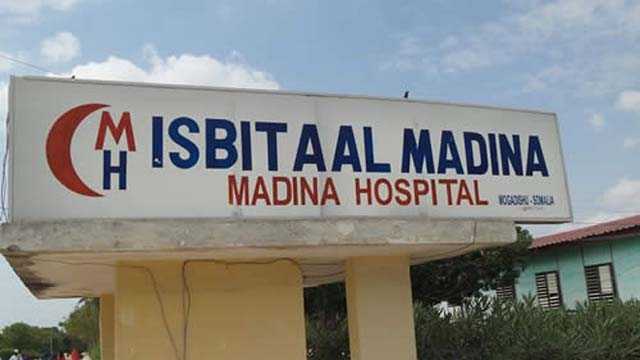 Eleven wounded patients were admitted to Mogadishu’s Madina Hospital on 25th September. A week earlier, five others were admitted.

The admission numbers displayed on a whiteboard at the triage unit, show that weapon-wounded patients, casualties of explosions, car bombs, shoot-outs, grenade attacks and suicide bombs are a tragic part of life in the Somalia’s capital.

Madina is Somalia’s de facto war hospital and over the years its admission numbers have become a barometer for the level of insecurity in Somalia’s capital.

In a year marked with simmering tensions due to the ongoing polls and Somalia’s fractious government, the hospital’s whiteboard of numbers serves as a bulletin board of emergencies.

Madina Hospital is one of four hospitals that the International Committee of the Red Cross (ICRC) supports in Somalia. Keysaney Hospital, also in the capital,

Bay Regional Hospital in Baidoa and Kismayo General Hospital in the southern region of Lower Juba are the other three. Combined, they have treated 231 weapon-wounded patients as of June this year. More than half of these cases were attended to in Madina.