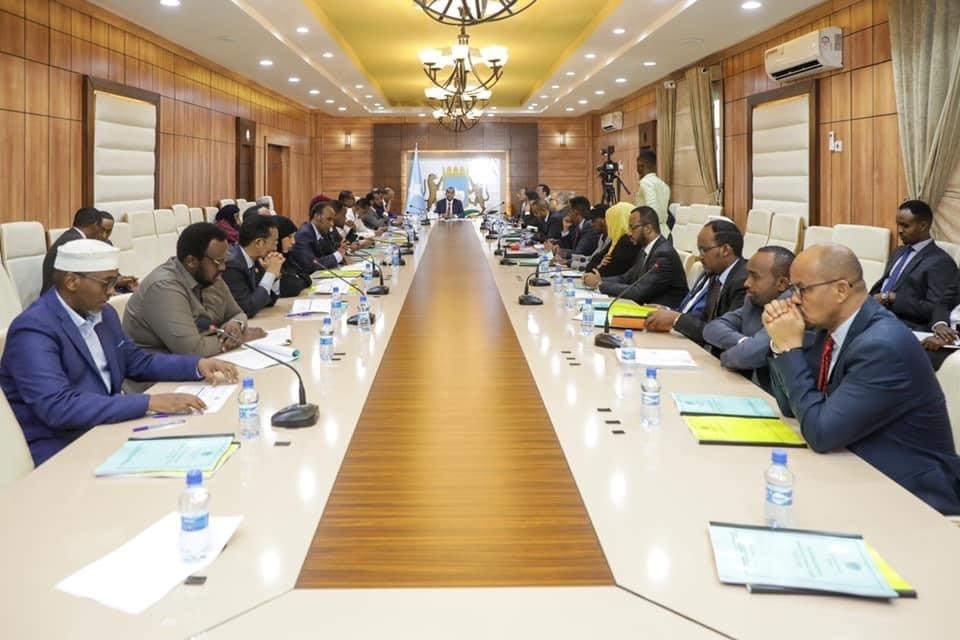 May 19 (Jowhar.com) – The Prime Minister of the Federal Republic of Somalia HE Mohamed Hussein Roble today chaired a Cabinet meeting in which he congratulated the newly elected President Hassan Sheikh Mohamud and called on the people of Somalia to pray for the country’s leaders. support, so that God may be successful in fulfilling the tasks entrusted to him by the Nation.

The Prime Minister also thanked former President Mohamed Abdullahi Farmajo for his co-operation, noting that much effort had been made to develop the country and the people of Somalia.

Prime Minister Roble noted that the election process has passed with differing views, but there is no personal conflict between the country’s leaders, and he called on the Somali people in general to strengthen unity, strengthen cooperation and security in the country.

The Prime Minister commended the Council of Ministers for the good work they have done during the implementation of the country’s elections, which reflects the Government’s commitment to fulfilling the aspirations of the Somali people.