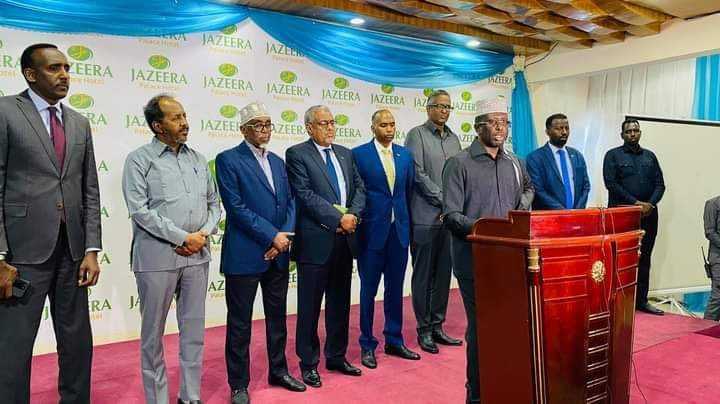 The Union of Opposition Presidential Candidates has once again called for a demonstration on Friday, February 26 at the Statue of the Invisible Soldier

At a recent press conference at the Jazeera Hotel, the candidates announced that the rally would continue on Friday.

Government security forces blocked a rally for candidates at the Statue of the Invisible  Soldieron Friday, with protesters led by gunmen shot dead.

The Gorgor military also attacked the hotel where the former presidents were staying on Friday night, killing and injuring several people.

However, political tensions in the country have escalated following a dispute over the election process, with President Farmajo’s term expiring.

Outgoing President Farmajo has been losing control of the country’s politics since the resignation of Prime Minister Hassan Ali Khayre.

Wife of ‘El Chapo’ arrested in US for drug trafficking charges