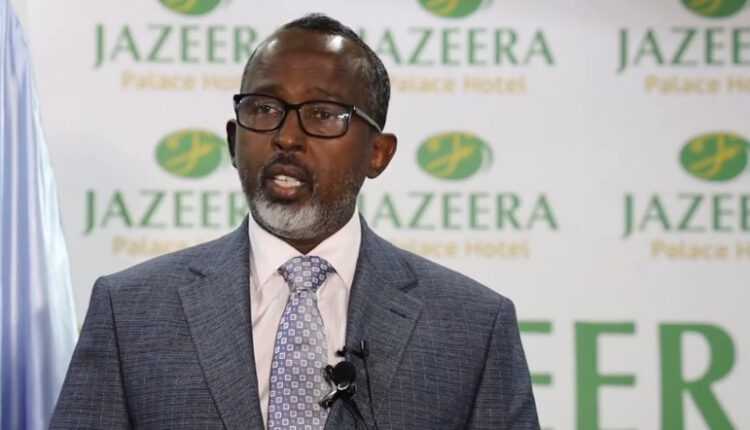 The Union of Candidates has warned the federal government to disrupt the peaceful demonstrations they are calling for next Friday in Mogadishu.

Presidential candidate Dahir Mohamud Guelleh, who spoke on behalf of the candidates, said Friday’s rally was peaceful and would be protected from violence but that there were reports that the government was trying to disrupt it.

“I call on the security agencies not to disrupt the protests, and they are required to ensure the safety of the people who will demonstrate,” said Guelleh.

Guelleh specifically called on the commanders of the police, security and military forces to work together to ensure security.

Candidates Union called Friday on the next will take place in a peaceful protest against the President’s Outgoing PM.