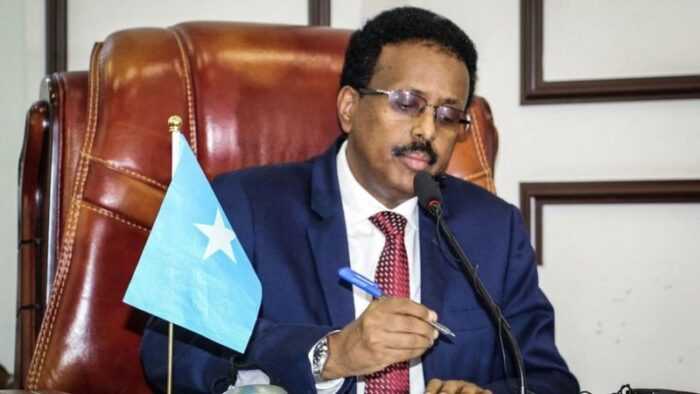 He also named Abdisaid as the director of the presidential palace, while Benadir regional intelligence chief Yassin Farey said he had served as acting director of the National Security Agency.

Mogadishu, September 7, 2021: The President of the Federal Republic of Somalia, HE Mohamed Abdullahi Farmajo, prioritizing the acceleration, development and sustainability of the security sector, has issued the following Presidential Decree;

1. The President accepted the resignation of the Director of the National Security and Intelligence Agency (HNSQ), Mr. Fahad Yassin, and commended him for his good work in reforming the Agency.

2. President Farmajo has appointed Colonel Yasin Abdullahi Mohamud, the current Commander of the Benadir Regional Intelligence Service, to temporarily lead the National Security and Intelligence Agency until a new commander is appointed in accordance with the law. law and the Provisional Constitution of the country.

3. The President appointed Mr. Abdisaid Muse Ali as the Director General of the National Presidency, and commended him for his dedicated work in implementing the National Security Policy.

4. The President also appointed Mr. Fahad Yassin as the National Security Adviser to the President of the Federal Republic of Somalia.

President Mohamed himself will call a meeting of the National Security Council on 18 September 2021, to control the information requested by the Commission  Security Agency and the National Intelligence Service.