Football is the gateway to Peace and Unity in Somalia, I can lead this transformative change. 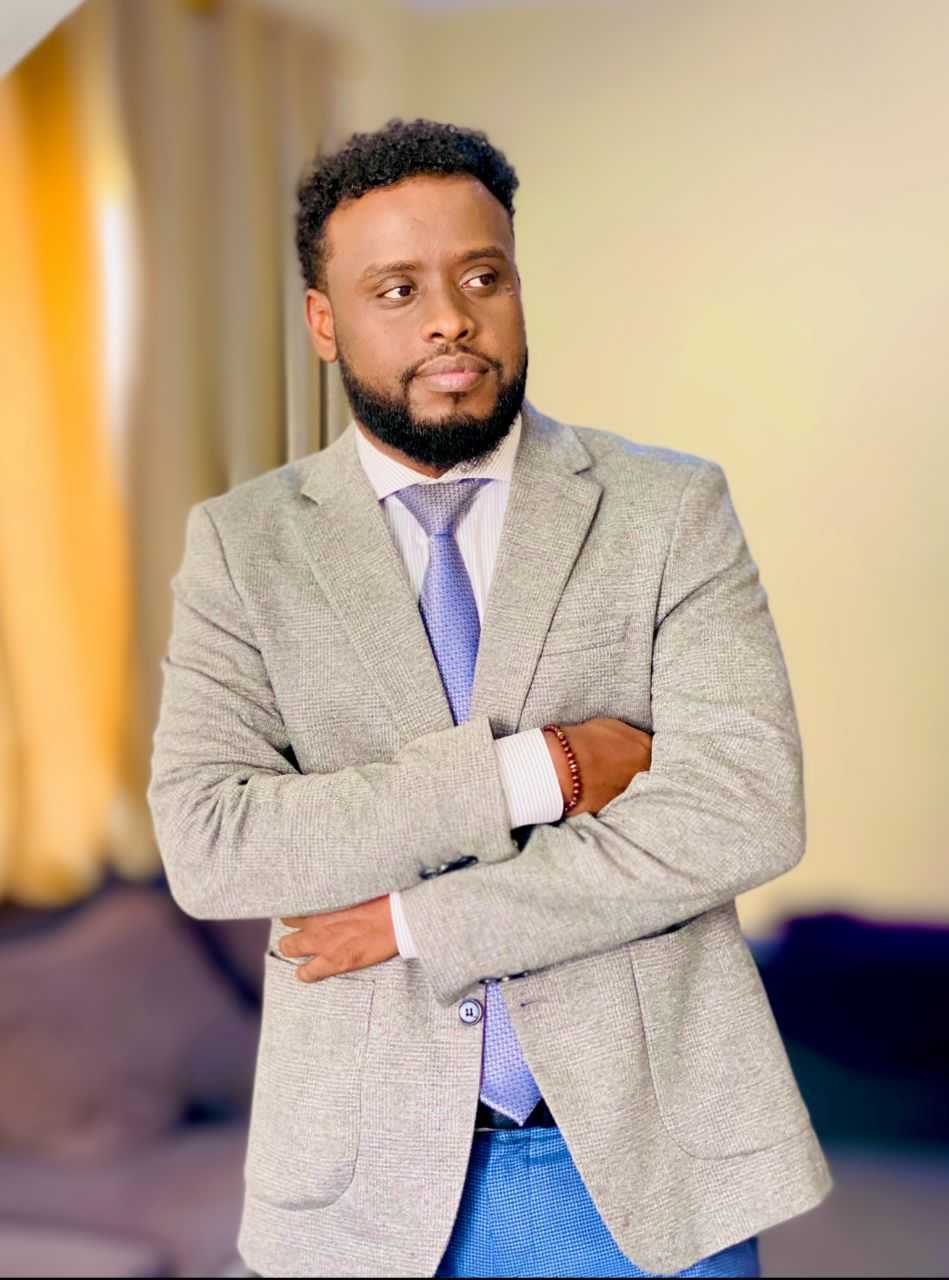 August 06 (Jowhar.com)-Mohamed Cantoobo is currently the Director–General for Social Affairs at the Benadir Regional Administration, he returned to his birth city of Mogadishu to lead efforts for municipal revival in 2017 as District Commissioner for Somalia’s wealthiest and most dynamic district(Hodan District).

Previously Mohamed worked at the frontline of community advocacy and mobilisation in Bristol, United Kingdom. He is passionate about sports – particularly football where he initiated landmark reforms and revitalisation of the sport including leading the Hodan District to win the Inter-district Handball Tournament in 2017 and Mogadishu City Club to national league victory in 2020.

Mohamed now seeks to take his experience and passion further by running for the Somali Football Federation president.

Walk around any Mogadishu neighbourhood in the evenings and you’re bound to see Somali youth playing football amongst the congested traffic of Tuk-tuks and vehicles, they patiently pause to make way and then resume their game, repositioning the makeshift goal post using plastic bottles for what must be the 700th time. It is an understatement to say that Somalia is a football-crazy country, without a doubt the most popular sport, a welcome relief for a nation torn apart by over three – decades of conflict and a relentless terrorist – insurgency.

The country is going through a transformative change that is carried by the sounds of referee whistles and winning roars of 65,000 fans at the recently refurbished National Stadium apreviously no–go zone in Mogadishu. A competitive game has emerged with federal regions and the capital city annually vying for the top spot in the Somali Football League. Sport is a key and integral part of any nation-building effort, especially after a highly- divisive conflict, it espouses and inculcates characteristics like teamwork, leadership, patience,and determination, healthy characteristics to shift a nation on the cusp of change forward.

I am running for the president of the Somali Football Federation (SFF) because I believe I am the one who can transform the institution tasked with sustaining and elevating football in Somalia. In the face of the SFF’s mismanagement and corruption in Somalia’s premier football authority, I support the democratic outcry from fellow Somali football fans globally for a change. Unlike the current crop of SFF leadership which has been wracked with accusations of negligence and incompetence, I believe in the power of football as a gateway to peace and unity in Somalia – a powerful tool for nation–building if charted on the correct and honest course.

In 2016 I returned to Somalia my birth country, from the United Kingdom with the hope to continue serving communities as I did previously in Bristol – bolstering and advocating community needs for over a decade. When I returned, I undertook the momentous task of district commissioner in one of Mogadishu’s most dynamic districts to support municipal recovery efforts. Sporting was a key priority during my term, I co-founded the Mogadishu mini marathon an annual event that saw Somalis from all walks of life compete and represent some of the 17 districts in the city of three – million.

Currently, I serve as Director–General of Social Affairs for the same municipality where a major component of my efforts was in sporting policies intended to enrich urban re-integration and social cohesion in the capital city. Football has been a key pillar of the social affairs municipal strategy – through my leadership we revived the previously defunct Mogadishu City Club (MCC) to much fanfare, nostalgia, and success – in 2020 MCC won the Somali league and represented Somalia at the African Champions League

Despite these successes, Somali football is facing many challenges due to the failures of the SFF – this includes resources that have been badly invested – both human and material over the years. The alienation of many Somali football fans has repeated calls for democratisation of the SFF leadership – I believe massive reform needs to take place to bring the SFF back into the hands of the community. Besides inclusivity – infrastructure must be improved to encourage growth and attract the best talents in Somali and International football.

Football is a Social Institution:

More than 60% of Somalia’s population is under the age of 25, youth will shape the future – rampant unemployment and increasingly disillusioned youths are a ticking time bomb and present sinister opportunities for those who seek to wreak havoc on nation-building. A youthful population if utilised, nurtured and educated through football can be an asset and an SSF under my leadership will ensure that football academies are established to harness the best and keep youth inspired.

Football is a social institution and if managed with wisdom and experience the SFF can be leveraged as a platform for transformative change, a powerful tool to expedite nation–building through football and the positive qualities it espouses. I care so deeply about football and recognise that it is a potential gateway for peace, unity and social solidarity for my country.