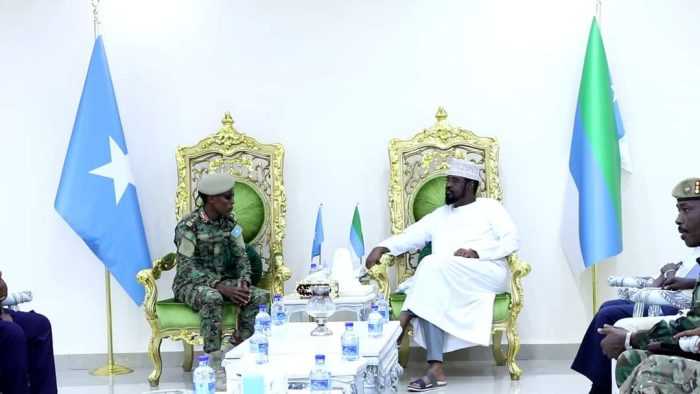 A delegation led by the Commander of the Somali National Army Gen. Odowa Yusuf Rage has arrived in Kismayo, the capital of the Jubbaland state.

He was welcomed at the airport by officials led by the Jubbaland Minister of Security Gen. Yusuf Osman Dhumaal and members of the Somali National Army.

The PSG attacking trio of Messi, Neymar and Mbappé among the Ballon d’Or nominees