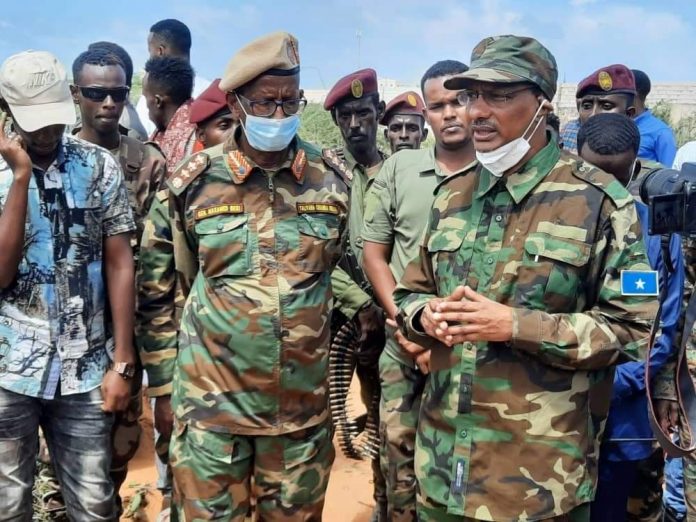 FGS Priest of Safeguard Hassan Hussein Haji and SNA Leader Gen. Mohamed Tahliil Bihi went to a public memorial service in Mogadishu for the Officer of the sixth Gorgor Commandos and different warriors martyred in the battling in Center Shabelle.

FGS Clergyman of Protection Hassan Hussein Haji said the dead were in good shape and that the Somali country won’t ever fail to remember the saints who passed on while shielding their nation, adding that the battle against psychological oppression will be increased.

The Authority of the Military, Gen. Bihi, appealed to God for the people in question and wished them persistence and confidence.