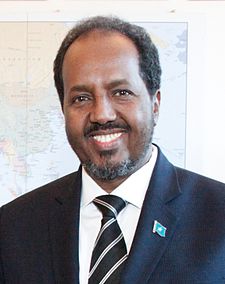 May 15 (Jowhar.com) – Hassan Sheikh Mohamud has won the presidential election for the second time after defeating Mohamed Abdullahi Farmajo who has been the president of Somalia for the last five years.

Pope Francis and Africa: After the Democratic Republic of…

Hassan Sheikh Mohamud, the president of Somalia’s Transitional Federal Government (TFG), has on Sunday arrived in Mogadishu, the capital of Somalia.

Somalia’s President Hassan Sheikh Mohamud has been re-elected for the first time in the country’s four-year term.

Pope Francis and Africa: After the Democratic Republic of the Congo, a high-stakes go…

Pope Francis and Africa: After the Democratic Republic of the Congo, a high-stakes…