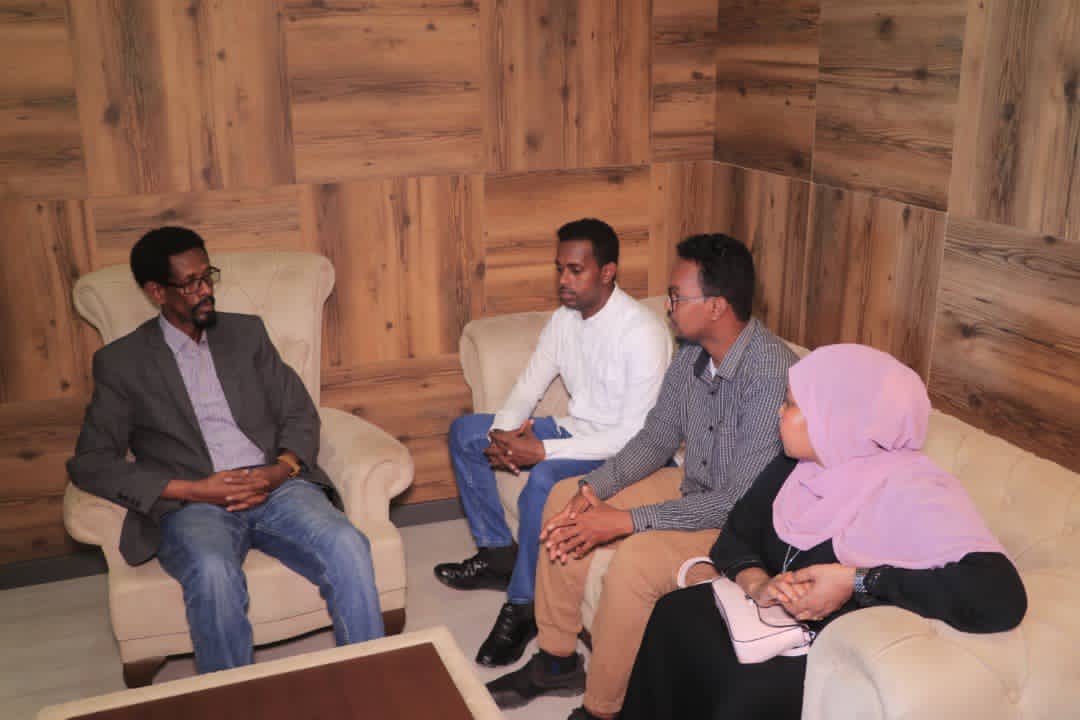 July 17 (Jowhar.com)-During a courtesy call to Mohamud Sayid Aden, the First Vice President of Jubaland, the Jubaland Association of Journalists (JAJ) Executive Committee discussed how the government should speed up the development of the draft media law in Jubaland, which is currently under development, as well as other relevant topics, including the freedom and independence of the press, and reporters’ access to information from the presidency, parliament, and all other government agencies.

While thanking the JAJ Executive Committee members for their visit, the Jubaland Vice President praised the democratic process by which the organization’s leadership was elected in October 2021, and said that he had closely monitored and was impressed by the democratic process by which Jubaland journalists picked the leadership of their union. Besides, the vice president urged the organization’s leadership to diligently and equally represent journalists’ interests.

The Vice President stated during the meeting agenda discussion that Jubaland’s constitution protects press freedom and independence, and that the government is committed to encouraging press independence and allowing journalists to carry out their duties freely. He emphasized the importance of free expression and information access, while also stating that the Jubaland government stands by its commitment.

“The media is crucial because it is the only thing that connects the Somali nation to the rest of the world. When discussing government powers in the press, it is said that it is the fourth power, though it is now also said that it is the first power, but in today’s modern world, the role of the media cannot be denied,” Mr. Mohamed Said Aden added.

“The press’s freedom and privilege is a constitutional issue. There is a ministry in charge of press affairs, and you can share any difficulties or impediments that the press has encountered,” said the vice president, adding “We are always ready to support you, encourage you, defend your dignity, and empower you with the ability and knowledge to lead your society to a better place.”

Mr. Abdullahi A. Mohamed, Secretary General of the Journalists Association of Jubaland (JAJ), thanked the Vice President for his hospitality, spoke about the significance of this meeting, and explained the points discussed.

“It is with great pleasure that the First Vice President of Jubaland, Mr. Mohamud Sayid Aden, received the JAJ executive committee today in his office, where we discussed how the Jubaland government would encourage freedom of the press and make it easier for journalists to access information, how cooperation between the media and government institutions would be strengthened, and how journalists’ rights and freedom would be protected,” said Abdullahi.

“We are committed as JAJ leadership to advocating for journalists and representing their interests in every important office,” concluded the JAJ Secretary General. 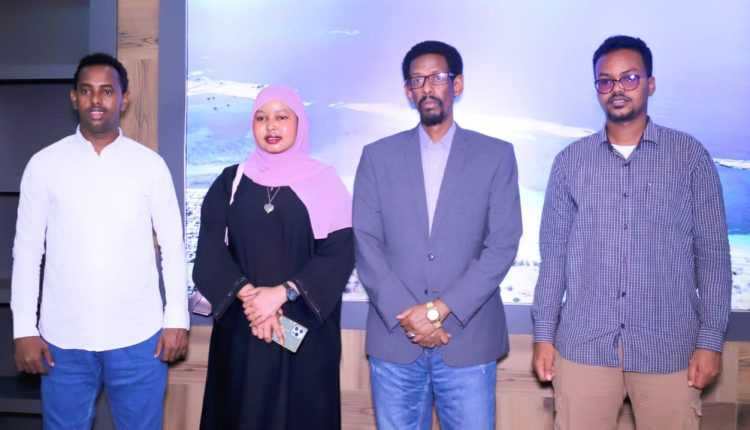 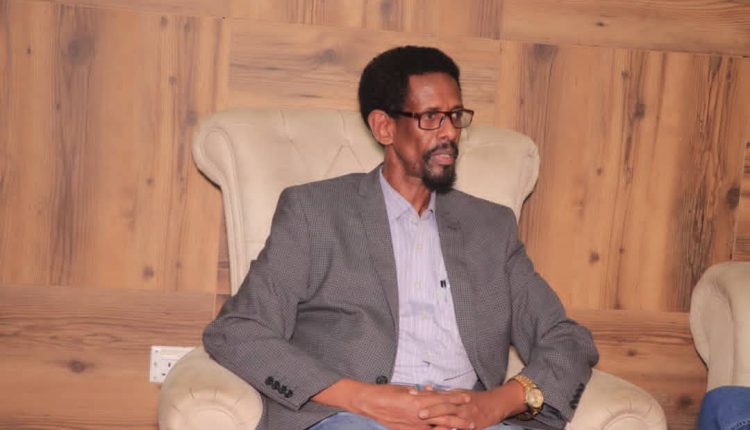 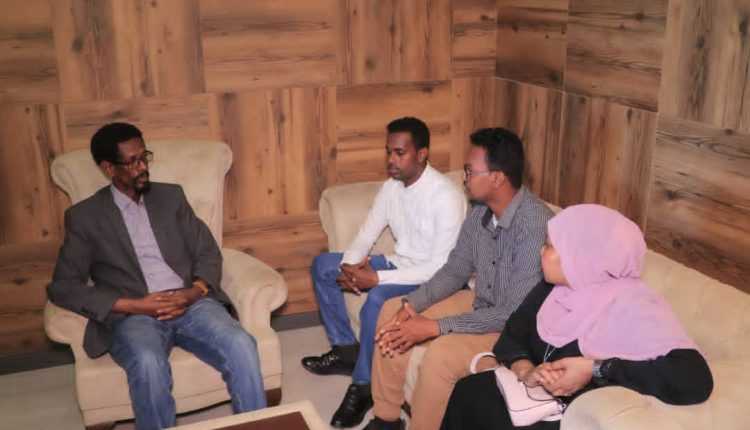