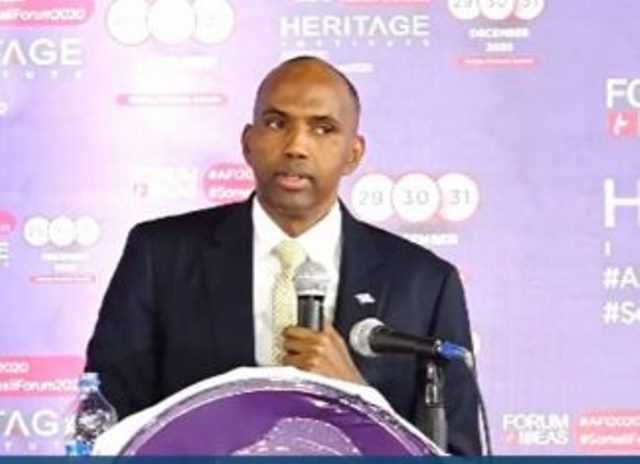 Mogadishu, Thursday, February 25, 2021 – Presidential candidate Hassan Ali Khaire, who met with some of his supporters at his campaign headquarters tonight, announced that the protests scheduled for tomorrow in Mogadishu.

Have been postponed and will be rescheduled. and the venue, as there is an agreement between the Union of Candidates, the office of the Prime Minister and some regional administration leaders.

“Holding free and fair elections in this country is a right of the Somali people,” said presidential candidate Hassan Ali Khaire.

“Can elections be held in a city that cannot be protested, a government can be established, there is freedom, if demonstrations cannot be trusted, elections and governance can be trusted?”, Said Hassan Ali Khaire.

Hassan Ali Khayre, who also said that the government needs to be patient and accept what is in store for the constitution, informed his supporters and the entire Somali nation that thousands of people will come out to show our concern for the people.