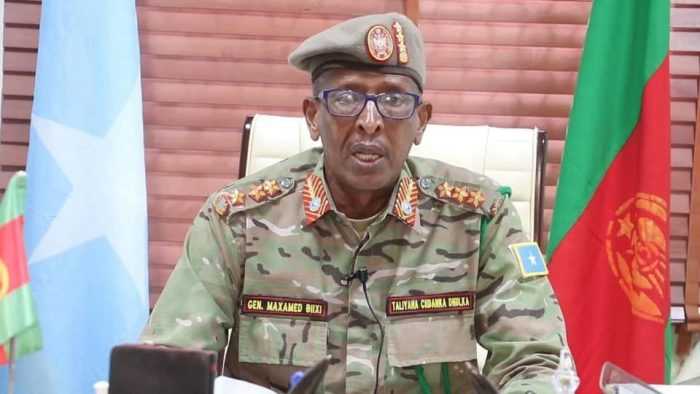 Reports from Hareeridheere area, which was recently liberated from Al-Shabaab militants, say a landmine blast targeted a convoy of vehicles carrying the Commander of the Armed Forces, General Mohamed Tahliil Bihi.

General Bihi escaped unhurt but one government soldier was killed and five others were injured in the blast.

The convoy was on its way to Qeycad village in Mudug region, which was recently taken over by Galmudug and federal government forces.

Commander of the Armed Forces Gen. Bihi is one of the officers leading the government and Galmudug state forces’ operations in the southern Mudug region.

PM Roble: File a Case The appointment of a court of inquiry is unconstitutional

Statement on the Political Situation in Somalia

Turkey shows off its military muscles with drone display at…

Who wants the judge in charge of the Lebanese port explosion…