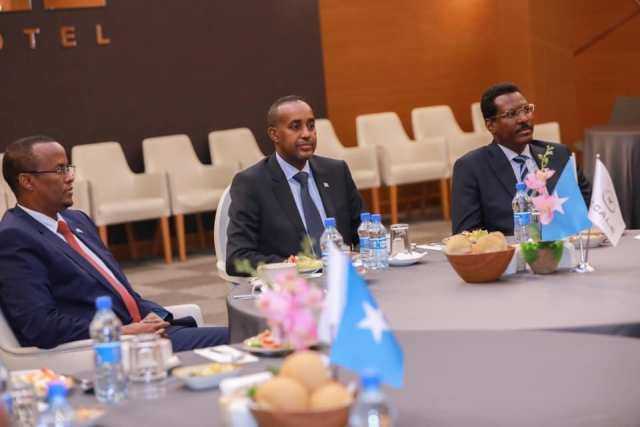 A meeting between the Union of Candidates and the Federal Government of Somalia recently opened at the Decale Hotel inside Aden Adde International Airport.

The meeting was also attended by the Presidents of HirShabelle and Galmudug administrations Ali Gudlawe and Ahmed Abdi Kariye.

Prime Minister Mohamed Hussein Roble is representing the federal government at the meeting and includes members of the union of candidates for chairman Sharif Sheikh Ahmed and former President Hassan Sheikh Mohamud among others.

However, former Prime Minister of Somalia Hassan Ali Kheyre will not attend the meeting.

The main issues to be discussed at the meeting are the violence that took place last Friday in Mogadishu and how to deal with the re-organized candidates who are scheduled to take place in Mogadishu on Friday.