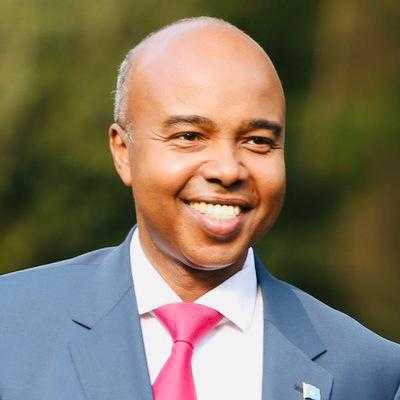 In an interview with Radio Mogadishu, Somalia’s Minister of Foreign Affairs, Mohamed Abdirizak Mohamud, explained why the Deputy Special Representative of the Chairperson of the African Union Commission for Somalia, Simon Mulongo, had been expelled from the country.

The minister underlined that Mr Mulongo had acted outside his mandate, noting that he had received several warnings in the past, but that the government had now made a clear decision to leave the country. leave for a week.

“He was involved in something other than his own, and it was outside the scope of his contract, which led to our expulsion.” Said Minister Abdirizak.

His Excellency Mohamed Abdirizak Mohamud, Minister of Foreign Affairs of the Federal Republic of Somalia, stated that this shows that the Government of Somalia does not allow diplomats to do anything on their own and violates the terms of their agreement in the country. international.

Eritrean migrants run over by train in northern France