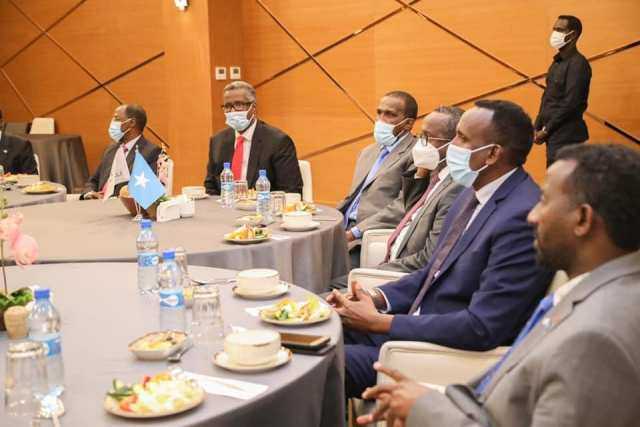 The Prime Minister of the Federal Government of Somalia Mohamed Hussein Roble who held a consultative meeting with the Union of Candidates described the talks as fruitful and reflected the political maturity and compromise in the public interest.

“The people I would later agreement shows our commitment to maintaining stability and security. The government recognizes the protection of the rule of law and the right of every citizen to express his or her views, and I look forward to working together to hold elections. ”

Prime Minister Mohamed Hussein Roble, who briefed officials on the security and health situation in the country, suggested postponing the rally on Friday and working together at a more appropriate time and place.

The Prime Minister of the Federal Government of Somalia has reaffirmed the government’s commitment to the health and safety of Somali citizens, while respecting the constitutional right that guarantees every citizen the right to express his or her political views.

The Prime Minister was accompanied by the Presidents of Galmudug, HE Ahmed Abdi Kariye, Hirshabelle, HE Ali Abdullahi Hussein and the Governor of Benadir, HE Omar Mohamed Mohamud.