Home NEWS ENGLISH PM Roble we are committed to responding to the needs of our...
Facebook
Twitter
WhatsApp
Linkedin
LINE 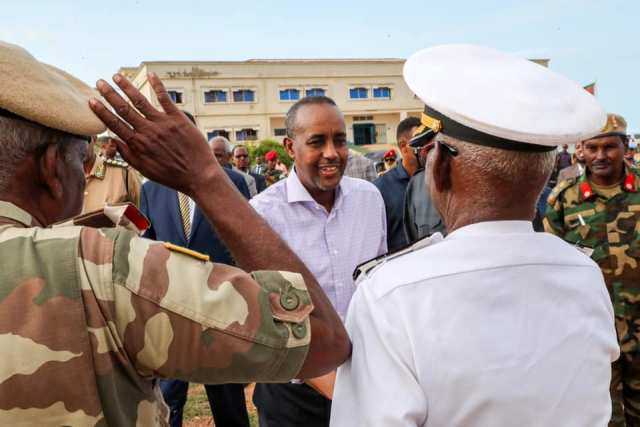 His Excellency Mohamed Hussein Roble, Prime Minister of the Federal Republic of Somalia, during a visit to Command of the 43rd Division to assess the needs of the troops, praised the country’s defense and operations against terrorist groups.

The Command of the 43rd Division of the Somali National Army operating in Jubaland, based in Kismayo, briefed the Prime Minister on the efforts to liberate Jubaland from terrorism and the needs to be addressed.

The Prime Minister praised their success in the fight against the insurgents. He promised that his government would give priority to addressing the needs of the 43rd Division Command, and the Armed Forces in general.

“I visited the 43rd Division Command today. The heroes of SNA are to be commended for their selfless dedication in defending the country and the people. We are committed to responding to the needs of our troops with all the equipment, training and support they need. ”

The Prime Minister was accompanied by the President of the Jubaland State of Somalia, HE Ahmed Mohamed Islam, Ministers, Members of Parliament and heads of federal and state governments.