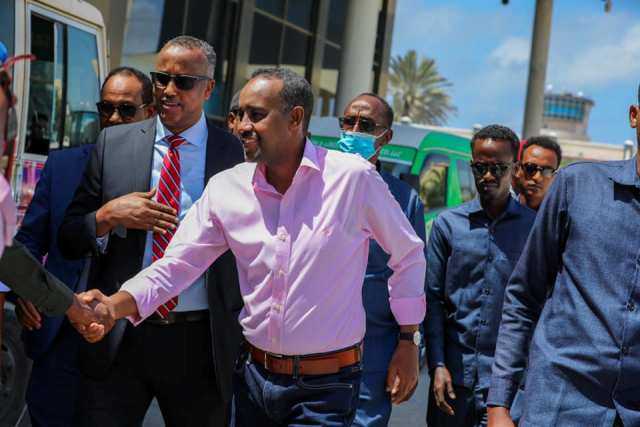 His Excellency Mohamed Hussein Roble, Prime Minister of the Federal Republic of Somalia, today arrived in Barawe, the capital of the South West State of Somalia.

He is accompanied by ministers, parliamentarians, the chairman of the Federal Electoral Commission (FEIT) and other officials.

The Prime Minister and his delegation were welcomed at Barawe Airport by the President of South West Somalia Abdiaziz Hassan Mohamed Laftagareen, the Speaker of South West Parliament Ali Said Faqi and the public.

The Prime Minister’s visit is aimed at assessing the general security situation in Barawe district and meeting with the public and various district officials.

Mohamed Hussein Roble said that he has been dreaming of visiting the city of Barawe for some time and thanked the people of Barawe for the warm welcome.