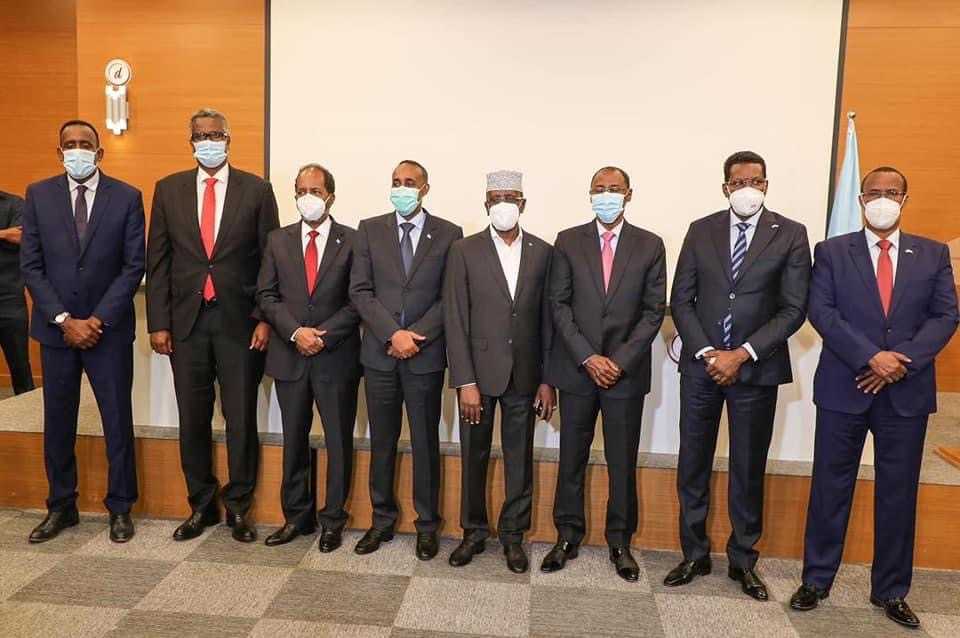 A six-point statement was issued at a meeting at the Decale Hotel between Prime Minister Roble, presidential and presidential candidates in Galmudug and Hir Shabelle.

The meeting, which lasted several hours, agreed to postpone Friday’s rally to 10 days, with the government playing its role in ensuring security.

The Federal Government said it regretted the incident on 19 February and offered its condolences, with an independent commission set up to investigate the incident.

It was agreed that political and electoral issues should continue to be discussed, in order to hold free and fair elections.