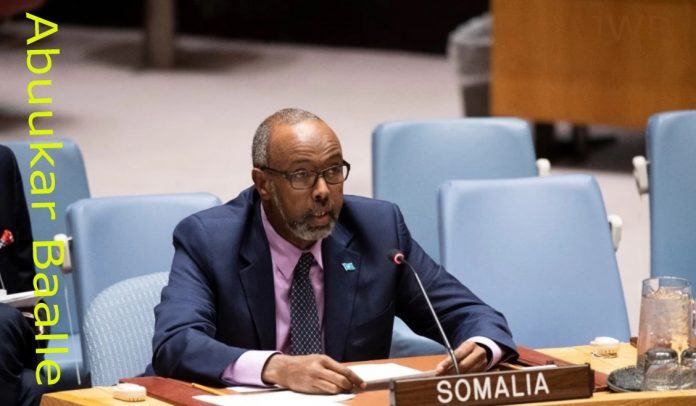 (Jowhar.com) The Somali government has lodged a complaint with the Security Council against the Kenyan government over its shelling of Gedo region.

Abukar Bale, Somalia’s ambassador to the United Nations, read out to the Security Council the Somali government’s evidence of the Kenyan airstrikes in Gedo region, which resulted in the deaths and injuries of Somali citizens, including children and women.

Somalia’s ambassador to the United Nations said the victims had been taken to Mogadishu by the Federal Government to receive medical treatment and rights.

Kenyan warplanes bombed El Adde and other parts of Gedo earlier this month, killing a mother and her child, while injuring several others, mostly children.

But the complaint by the Somali government comes at a time when relations between the two governments have been improving for some time.