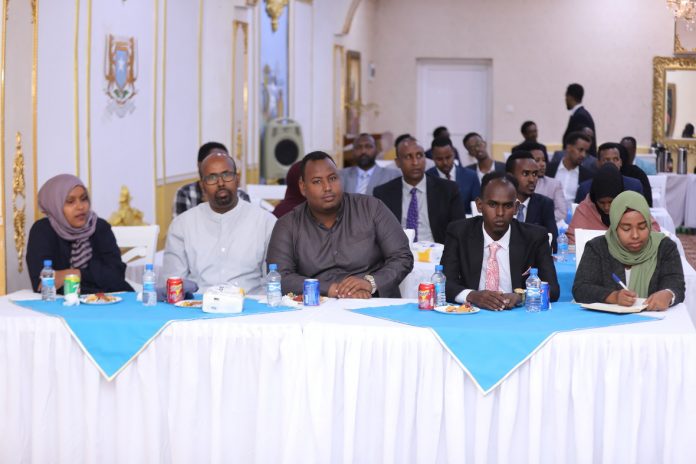 MOGADISHU, Nov. 9 — Somali President Mohamed Farmajo on Monday called on the country’s youth to strengthen their role in rebuilding the country which has been plagued by many years of conflict.

Farmajo who addressed the youth during a meeting on leadership, development and how to strengthen governance, stressed the key role the young people can play in the development of the country.

“Somali youth are the arm of our country. It is the duty of the nation to encourage the realization of their vision and efforts to rebuild the country. My government is committed to ensuring the role of youth in politics, social affairs, national defense and the economy,” he said in a statement issued in Mogadishu after the event.

Farmajo who also responded to questions from the youth who attended the meeting in Mogadishu pointed out that many youths who were imprisoned in foreign prisons have been repatriated by his government.

He said the same youth who returned to the country are now living in dignity in their country and are part of the Somali youth who stand for the future, urging them to tap into their numerical strength to mobilize for peace and development.

Farmajo said his government is working to empower the youth to lead government institutions and the country’s security sector, which will ensure plans aimed at ensuring a prosperous government, while preserving its independence and the dignity of the citizens.

He said his government will focus more on youth empowerment projects underpinned by the belief that youth who are well-informed are well-placed to help rebuild and transform their country. Enditem. Source:Xinhua