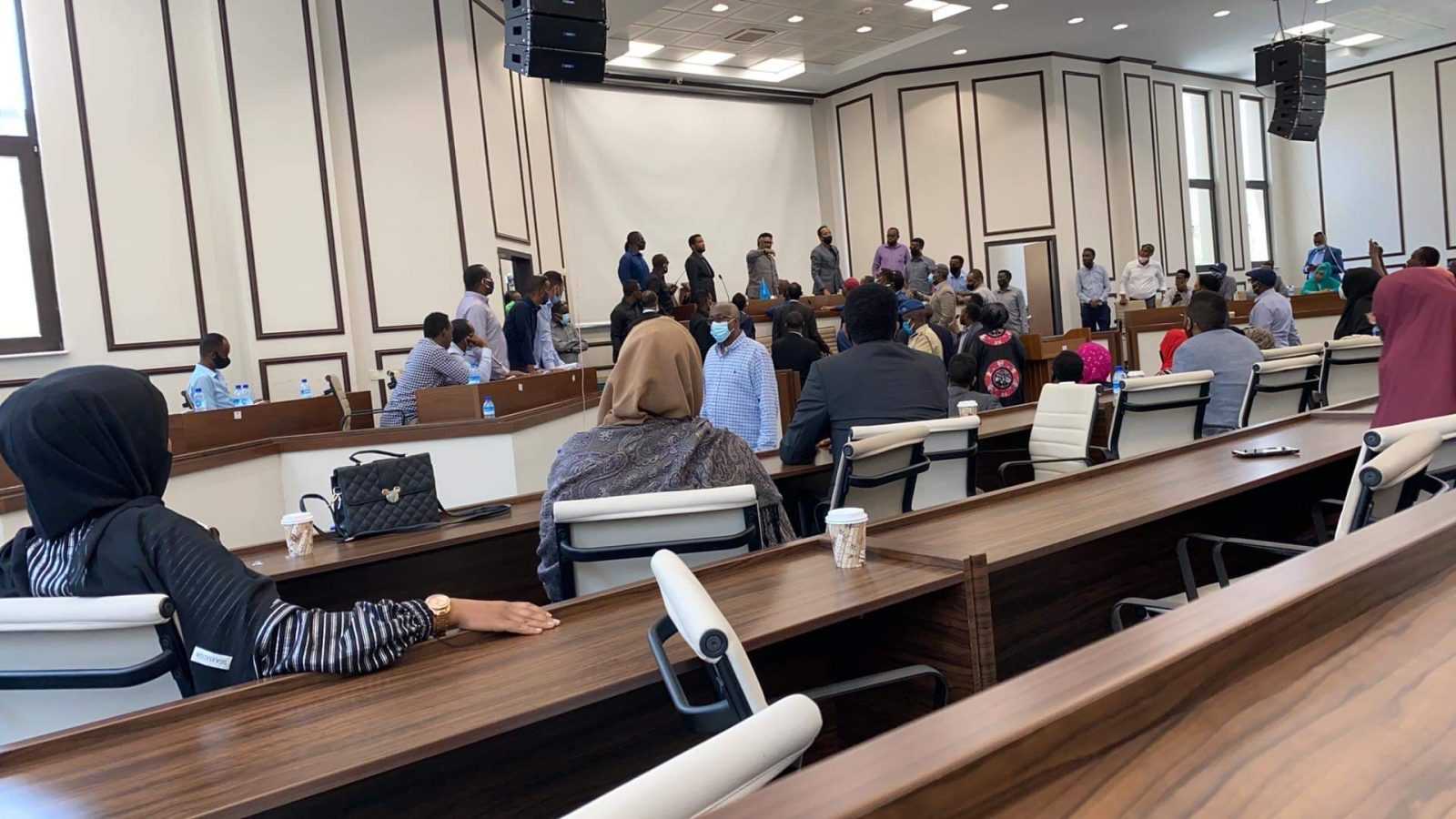 The controversial parliamentary session was soon adjourned, followed by an uproar.

Opposition lawmakers blocked the meeting from opening, accusing the presidency of pursuing an extension.

After the uproar, the meeting failed, and some lawmakers objected to signing the quorum.

Reports say that some lawmakers were opposed to the meeting which was widely suspected to have been hidden under an extension.

Mohamed Mursal said lawmakers made frequent to write, act in accordance with the Rules looga take.