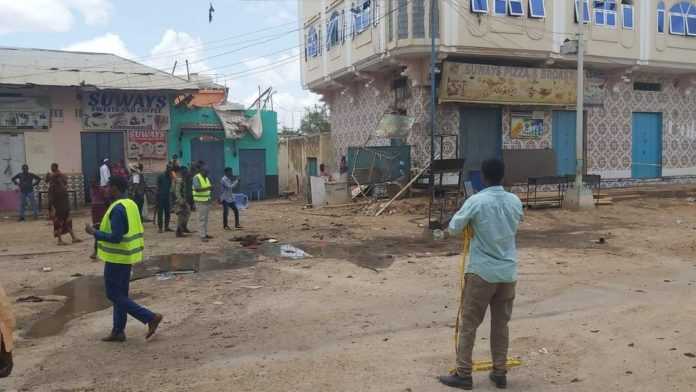 Baidoa (Jowhar.com) reports from Baidoa town in Bay region say that a suicide bomber blew himself up at a restaurant in Baidoa town.

A bomb blast near the Somali capital, Mogadishu, has killed at least three people and injured dozens more.

The blast took place at a Suez restaurant where the governor of Bay region, Ali Wardhere Doyow, was staying, but he escaped unhurt.
Reports say the dead included the governor’s bodyguards.

South West Police officers went to the restaurant where the blast took place, closing the entrances and exits, and the injured were taken to Baidoa General Hospital.