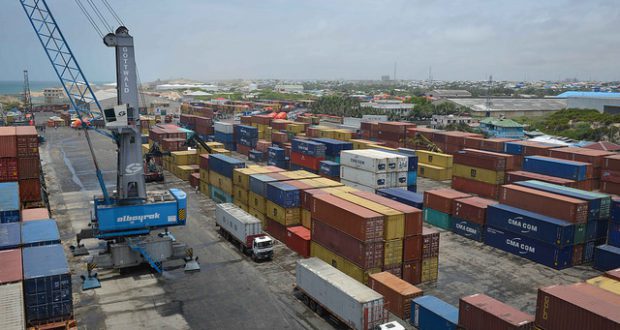 Oct. 16 (Jowhar.com) – The government of Somalia has received the information of four companies that the Al-Shabaab group transmits information about the cargo on the ships arriving at the main port of Mogadishu.

The Minister of Trade of the Somali government, Jibril Abdirashid Haji Abdi, said that they are submitting the names of these companies and that they give information to Al-Shabaab about the goods imported from the port, so that they can collect excessive taxes from the traders of these goods.

Scientific Netherlands sends the USA to achieve the…

“Somali businessmen are complaining that before the business man receives the container from China, the Al-Shabaab groups get his information, and we share this issue with three to four companies,” said the Somali trade minister.

However, the Minister of Commerce called on the Minister of Ports of the Somali Government to revoke the license of all these companies. He said that their names and information will be shared, so that the government can take action.

‘Let it rot’: the as soon as thriving center class faces the top of the ‘Chinese language Dream’

‘My incapacity has opened many doorways’: Parasports is gaining momentum…

Direct: Russia plans to encircle the city of Bakhmut in Donetsk, in keeping with…

Direct: Russia plans to encircle the city of Bakhmut in Donetsk, in…

Israeli police kill a Palestinian as violence escalates within the…

Cameroon shocked Brazil – however they had been knocked out of…

Finish of the group stage: A roundup of the World Cup to date