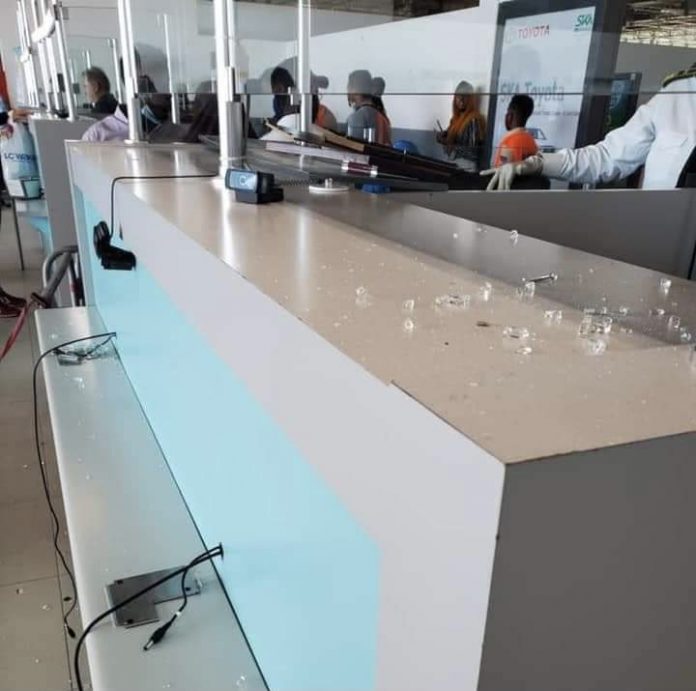 Security forces at the airport and immigration staff clashed this morning at the international airport.

The collision caused the windows and equipment at the Immigration Department’s check-in counter for entry into the country to fall off.

According to reports, the clashes erupted after foreigners who landed at the airport yesterday were stopped by the Immigration Department at the checkpoint and asked for bail and who they were going to.

This morning, as passengers disembarked from a Turkish Airlines flight, there was another clash between immigration officials and security forces, resulting in injuries and the disassembly of the checkpoints. shed.

The incident caused an hour-long standoff at the International Airport, and the incident turned out to be a shocking turn of events.

Government officials, such as the National Security Agency, the Immigration Department and other officials have already left the scene, and meetings and investigations are underway into the incident.