Home NEWS ENGLISH Why do Somali presidents serve only one term in the office?
Facebook
Twitter
WhatsApp
Linkedin
LINE 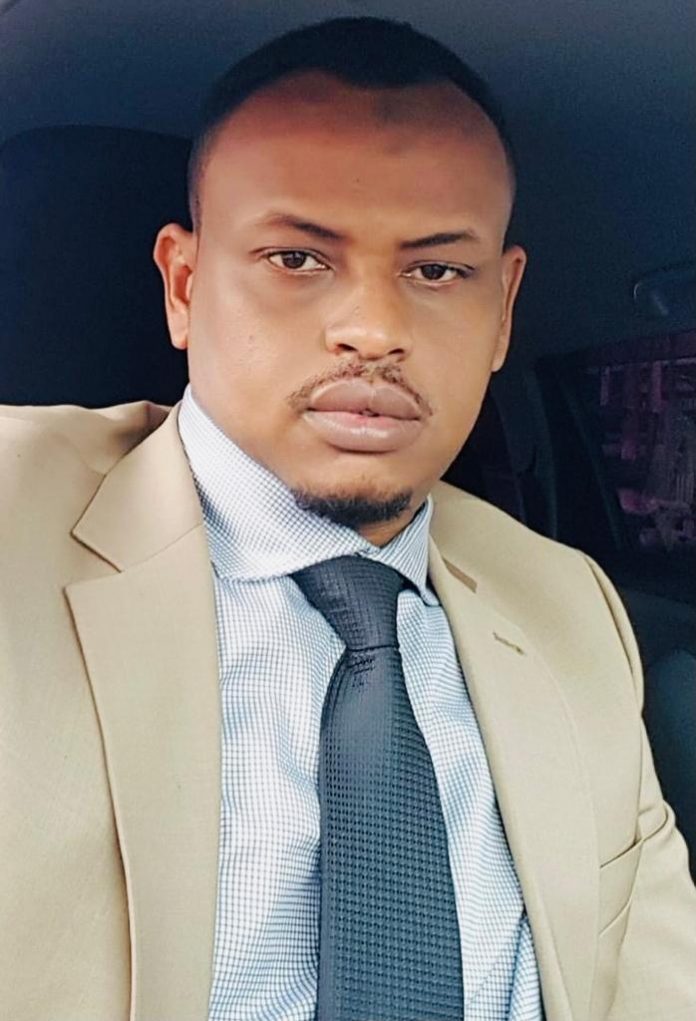 Since Somalia’s first interim President got elected in Djibouti after the civil war two decades ago, Somali Presidents have never had the pleasure of having to serve for two consecutive presidential terms, despite the provisional constitution giving them the ability to seek the mandate of serving for another term.

Five years later Somali parliamentarians elected Sharif Sheikh Ahmed as the President of the Transitional Federal Government of the republic of Somalia in Djibouti.

On 10 September 2012, legislators elected Hassan Sheikh Mohamud as President of the Federal republic of Somalia during the country’s 2012 presidential elections
His term eventually came to an end and was succeeded by Mohamed Abdullahi Farmajo as the President of Somalia in 2017.

None of these heads of the state managed to serve for two consecutive terms despite campaigning profoundly throughout the country. This article analyzes the dynamics surrounding the Somali presidential elections and why all Somali Presidents have only managed to rule for one term since the collapse of the central government in 1991.

Winning an election in most developed and developing countries largely depends on how strong and persuasive political parties are.

The parties usually set their agenda for their term as well as prioritizing issues their government will be addressing should they come to power. Parties are also representatives of shared principles, ideologies, goals, policy positions and desires for the country among other ambitions to transform the socio-economic transformation of their people.
With a political party, it is easier to take account of the achievements and the milestones realized by a government during its time in power. Political parties also aid in mitigating impunity during election periods.

The major roles of political parties include; Keeping the government accountable on behalf of the people, aiding in the development of a culture of inclusivity since more perspectives of the citizenry are represented thus being vital in the maintenance and sustainability of the democratization process of any society.
They also provide backup for the head of state by helping whenever he faces challenges in ruling, as well as realizing the pledges made to the people while seeking the mandate.

Unfortunately, Somalia hasn’t managed to incubate sustainable political parties in the last two decades of nation rebuilding. On the contrary clans have taken over the role of political parties by setting the political agendas of Somalia. In the year 2017 the former speaker of the Somali Parliament, Professor Jawari, made a speech with regards to political parties. In his speech he highlighted the main objectives of the 10th Parliament as follows;

● Implement an efficient multi-party system,
● Finalize the draft Somali constitution.
● The implementation of the universal suffrage (one man one vote).

Regrettably, none of these objectives have been realized. In the context of Somali politics, the President sets his agenda as well as his four-year strategy. Though his process, indicators of progress are not given priority.

The presidential candidates then avail themselves in front of the members of the Parliament and the speaker allocates them less than an hour to summarize their manifesto with the aim of gaining the confidence of parliament.

These speeches are given minimal attention by the members of parliament who often show up for the address in small numbers.

There are a few Presidential candidates who manage to grab the attention of the members of the Parliament.

The sitting President, former Presidents and other candidates often challenge and counter any agendas they do not agree with as well as try to frustrate other candidates for the sake of lobbying for their interests.

Every so often the talking points for the Presidential candidates nevertheless are the same and they mainly revolve around the subject of security.

The Presidential Candidates often give a lot of false promises for the sake of garnering votes with little knowledge of how they will be implemented should they come to power. Parliament on the other hand lacks the muscle to keep the elected head of government accountable.

There is a well-known Somali proverb which applies to the context of the one term presidency, (waxii cusub caalamka ayaa jecel) loosely translated to “New things are always attractive”. The patience of the Somali people for any president often runs out within the first one or two years of their term.

One could easily argue that it is not the Somali populace but the legislative assembly that votes, however it could also be contended that the Somali House of the People and the Senate are the representatives of the Somali people.

Usually the expectations of people from the presidency are very high, however the limitations facing the office are not to be ignored.

This attracts numerous biases based on hate and accusations towards the President due to the fact that many of the promises made during elections are usually not fulfilled.

During the Presidential campaigns, candidates often pledge and commit to promises without an understanding of how they are going to implement their manifesto.

Allies and friends of the Presidential candidate also fall on this table when it comes to keeping political promises especially after their candidate has won.
Most of these allies become greedy and everybody wants a share of the big cake even though there is no assurance that the candidate they are fronting for will win.

They end up pestering for major seats (Ministerial positions) ‘promised’ to them by the candidates, but most never get fulfilled.

This is normally used as bait just to get them to vote, and after some of these allies, friends and former presidential candidates never get what they were promised. In every election there is a common slogan `Washamsi` meaning, all against one. All presidential candidates though they don’t like each other but the common ground between them is the removal of the sitting president from the office.

These broken promises end up creating bad blood between the president-elect and several politicians which leads to the growing use of media propaganda, counter narrative, negative political messaging and a lot of accusations like: theft, clannism, human rights violations, increased insecurity and dictatorship.

Due to the high number of followers and setting the agenda in the local media, it ends up tainting the President’s name thus lowering his approval rates.

A reliable source told me, in 2017 when President Mohammed Abdulahi Farmajo was just elected, he invited all his opponents apart from his predecessor Hassan Sheikh Mohamud. The meeting was held at Jazeera Hotel near the Mogadishu International Airport.

The objective of the meeting was to aid the president to perform his duties as the President-elect, but some of his opponents in the just concluded election were hopeful that they will be appointed as the next Prime Minister of the state.

President Farmajo has never revealed anything relating to the Prime Minister Nomination. The source told me that the meeting had come to an end and the politicians went to their homes not impressed with his decisions.

Allies and friends of the president are expected to pledge their loyalty and trust to the President.

Each and every one of them have the desire and aspirations of obtaining government positions or other benefits like government contracts, but there are circumstances that will not allow that to happen.

Those circumstances might either be legal challenges, clan balances, or international influencers. When these allies fail to obtain their ‘claimed share’, clashes between them and the President emerges instantly.
Due to the protocols and privileges the President enjoys, getting access to him ends up being a challenge and this worsens the situation at hand. Most of the President’s allies’ downfall their friends in the first year of their term.

A good example might be the current sitting president (Farmajo) who has fired more than three chief of staffs in different circumstances and none of them has endorsed his re-election bid and instead opted to campaign for others trying to oust him from power.

The regional administrations of Somalia are also another central factor contributing to the one term only Presidential syndrome in the country. Former President Hassan Sheikh achieved to create Federal Member States which were part of the federal government of Somalia when he came to power. Apart from the Puntland region, the remaining four emerged during his term.

Although he was the founder of those regional administrations, they played a big role in unseating him from office.

In the upcoming election, some Somali experts estimate that due to the level of political divorce between the major regional administrations and President Farmajo it requires him to go an extra mile to convince them that his mandate should be renewed again. This will be an uphill task.

Somalia is one of the few countries in the world where its officials have more than two passports, but then again that is not a delinquency. The casting stone is that every political aspirant must enjoy a close relationship with a foreign country.

Before 2010 Somalia’s biggest political broker was the late Meles Zenawi, Ethiopia’s former Prime Minister. He spearheaded the war against terrorism in Somalia by collaborating with the United State of America. This gave him leverage to expand his mandate and greatly influence Somalia’s political scene.

Ethiopia’s political influence towards Somalia shrank after the death of Meles Zenawi. Some other factors that also led to the shrinking include:

Currently, President Farmajo has strong links with the Ethiopian Army in Somalia since they are part of the military resources at his disposal to implement his commands; a perfect example of this can be seen in what happened in Baidoa in 2019. (The arrest of former Al-Shabaab leader Roobow), who harbored ambitions of running for the presidency of the South West regional state of Somalia.

Countries in the Middle East like Qatar, Saudi Arabia and the UAE are also major influences in the Somali political landscape.

Initially these countries were vastly sharing their agenda in Somalia but due to The Gulf Crisis, Qatar emerged as the most influential because of its foreign policy machines and soft power.

The influence and presence of Saudi Arabia and the UAE can be greatly felt in the semi-autonomous regional states of Puntland, Jubaland and the self-declared region of Somaliland.

The Gulf Crisis had its impact on Somalia, both negative and positive.

Qatar ended up constructing a number of flagship infrastructure projects, such as the Afgoye Road, institution-building such as the Ministry of Planning Offices and the Hobyo Seaport which is under construction.

UAE on the other hand greatly invested in Somaliland’s seaport of Barbara and Bosaso port in Puntland under a private company called DP world.

The most major negative impact brought about by this crisis was the unsolvable division amongst the regional administrations of Somalia with the current federal government. These countries have deteriorated the situation as Qatar defends the status quo while the UAE and Saudi Arabia are fighting tooth and nail to have President Farmajo removed from office.

Below are some of the recommendations I would push for:
● Extend presidential term to seven years instead of four years to avoid frequent change of regime. This will help in keeping track of state rebuilding processes and mitigate unnecessary changes.
● Another recommendation would be having The Drafted Constitution finalized and banning dual citizenship from the high office so as to minimize the influence of foreign nations in Somalia’s political scene.
● To constitute the constitutional Supreme Court to take check and balance of the governance system and persecute the high officials if they are convicted to any treason related issues.