Home NEWS 2020 is set to be among the hottest years on record despite...
Facebook
Twitter
WhatsApp
Linkedin
LINE 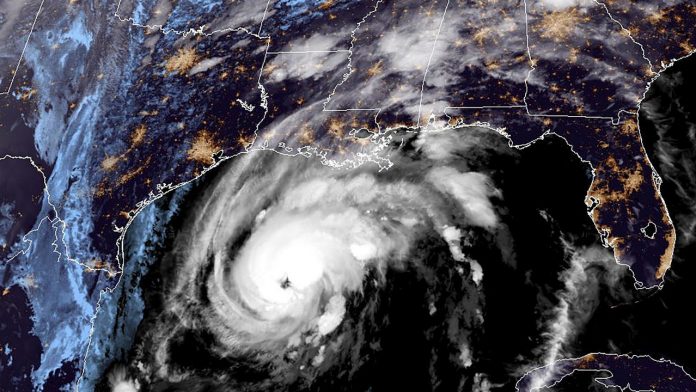 Global temperatures exacerbated by climate change will still be higher than normal despite the cooling effect of a “moderate to strong” La Nina weather phenomenon, the UN said on Thursday.

The World Meteorological Organization (WMO) said La Nina “has evolved and is expected to last for next year, affecting temperatures, precipitation and storm patterns in many parts of the world.”

It could also contribute to an unusually active hurricane season, the agency said.

La Nina is considered the stormy sister of El Nino, occurring every two to seven years when the prevailing trade winds circulating surface water in the tropical Pacific Ocean begin to weaken.

El Nino, which has a major impact on weather and climate patterns and associated hazards such as heavy rain, floods and droughts, has a warming effect on global temperatures, while La Nino tends to have the opposite effect.

But global warming could exacerbate or distort the effects of such phenomena, warned WMO chief Petteri Taalas in a statement.

Among the hottest years ever

“La Nina typically has a cooling effect on global temperatures, but this is more than offset by the heat trapped in our atmosphere by greenhouse gases,” he pointed out.

“Therefore, 2020 remains on track to be one of the warmest years recorded, and 2016-2020 is expected to be the warmest five-year period recorded,” Taalas said.

“The La Nina years are now warmer than years with strong El Nino events from the past.”

#LaNiña will affects rainfall and temperature patterns in many parts of the world but it is not the only climate driver.
WMO's new Global Seasonal Climate Update factors in other climate drivers as well human induced #ClimateChange https://t.co/tlZQDwUK59 pic.twitter.com/ttdiC70L1t

The last La Nina, which was short and relatively weak, began to develop in November 2017 and ended in April 2018 according to WMO.

This year’s La Nina “is expected to be moderate to strong,” the WMO said, adding that the world had not seen a strong La Nina in a decade.

However, the WMO stressed that La Nina and El Nino were not the only factors driving global and regional climate patterns, and that “no two La Nina or El Nino events are the same”.

“Their effects on regional climates can vary depending on the season and other factors,” it said, urging decision-makers to closely monitor seasonal forecasts and the latest data.

The UN agency pointed to fresh data indicating that this year’s La Nina would lead to normal rainfall in the Horn of Africa region and Central Asia, while Southeast Asia, some Pacific islands and northern South America would see more rain than usual. .

“There is a connection between La Nina and El Nino and the hurricane frequency. “El Nino tends to suppress the frequency, and La Nina tends to encourage them, so if we have a strong hurricane season, La Nina can contribute to that,” he told reporters in a virtual briefing.

His comment came after Hurricane Zeta ran through the southern United States – the 27th storm of the season.

In September, meteorologists were forced to use the Greek alphabet to name only Atlantic storms for the second time ever, after the hurricane season of 2020 blew through their usual list and ended at Tropical Storm Wilfred.

Dilley said Zeta was expected to be the last hurricane of the season, which typically runs from June to October, though the warming of the oceans, which provide more energy for hurricanes, has allowed storms to rage later in the year.

La Nina was instead expected to create drier conditions than normal conditions in the southern United States and northern Mexico over the next three months, he said.

“So it can go pretty fast from hurricanes and floods to dry conditions.”