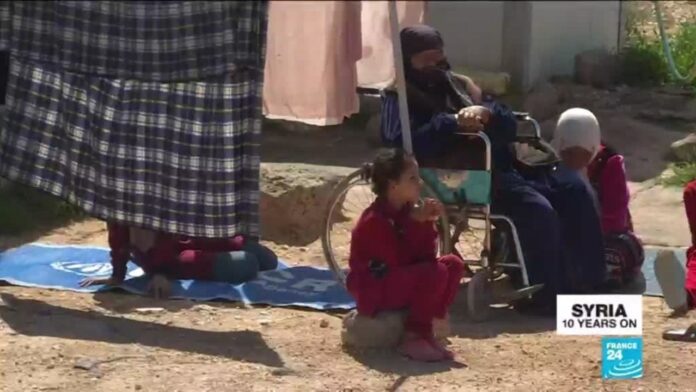 A decade of civil war in Syria has forced millions out of their homes, leaving neighboring countries struggling to cope with the influx of refugees. Ten years later, many of the displaced are still living in camps, with little or no opportunity to return home.

“Those who return to Syria are usually the elderly because young people are at risk of enlisting in the army,” said Mohammed, a Syrian refugee who settled just outside the Zaatari camp in Jordan.

Many fear persecution from a vengeful Syrian regime if they try to return home. They include Aiham, a Deraa refugee who was shot at the beginning of the uprising and is now a paraplegic.

Click the player above to view the report by FRANCE 24’s Achraf Abid, Karim Hakiki and Clovis Casali.