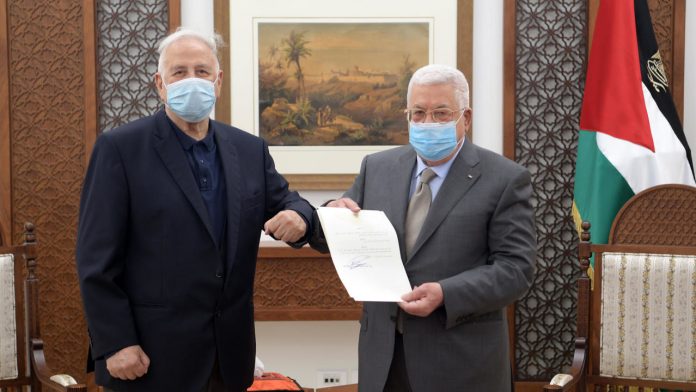 On Friday, Palestinian President Mahmoud Abbas announced the date of the first Palestinian election in more than 15 years, with legislative elections on May 22 and presidential elections on July 31.

The Abbas Fatah party, which controls the Palestinian Authority based in the occupied West Bank, and the Hamas Islamists, who have power in Gaza, have for several years expressed interest in taking Palestinians back to the elections.

A long-standing rivalry between the two largest Palestinian factions was seen as a leading factor in halting progress toward a new vote.

But Fatah and Hamas have been embroiled in unity talks in recent months and reached an agreement in September to hold elections in 2021.

Hamas on Friday “welcomed” Abbas’ announcement, stressing that “the Palestinian people have the right to elect their own leaders and representatives”.

A statement from the official Palestinian news agency Wafa said Abbas had signed a “presidential decree on elections”, stating dates for May and July.

President Abbas just decided on elections: the legislature, the presidential election and the Palestinian National Council. Proud of this democratic process 🇵🇸 pic.twitter.com/CXsyvCggaI

In the 2005 Palestinian presidential election, Abbas was elected with 62 percent support to replace the late Yasser Arafat.

There has been no indication from Fatah whether the 85-year-old Abbas intends to seek re-election.

A rare poll by the Palestinian Center for Politics and Research conducted last year said Hamas leader Ismail Haniyeh would beat Abbas in a presidential election.

Abbas said in a statement that he expects “the vote to be held in all the provinces of Palestine, including East Jerusalem,” which was annexed by Israel after the 1967 Six-Day War but is considered occupied territory.

Israel bans all activities of the Palestinian Authority in East Jerusalem, and there was no indication that the Jewish state would allow a Palestinian vote in the city.

During the last Palestinian parliamentary elections in 2006, Hamas won an unexpected landslide.

The polls resulted in a brief unity government but it soon collapsed and in 2007 bloody conflicts broke out in the Gaza Strip between the two main Palestinian factions, with Hamas finally taking control of Gaza.

The densely populated strip is home to two million Palestinians, while 2.8 million live in the West Bank.

Many attempts at reconciliation, including an exchange agreement for prisoners in 2012 and a short-lived coalition government two years later, have failed to close the gap.

But experts have said that intra-Palestinian reconciliation talks have become more urgent after a series of US-mediated normalization agreements signed between Israel and four Arab states.

The agreements to normalize ties with Israel signed by the United Arab Emirates, Bahrain, Morocco and Sudan were condemned across the Palestinian political spectrum.

They also broke with the Arab League’s consensus on recognizing Israel until it reached an agreement to end the Palestinian conflict, which included the creation of a Palestinian state with a capital in East Jerusalem.

Palestinian leaders have also expressed hope that the incoming administration of President-elect Joe Biden will lead to renewed diplomacy on the Palestinian cause.

The PA cut ties with President Donald Trump’s administration and accused it of serious bias against Israel.