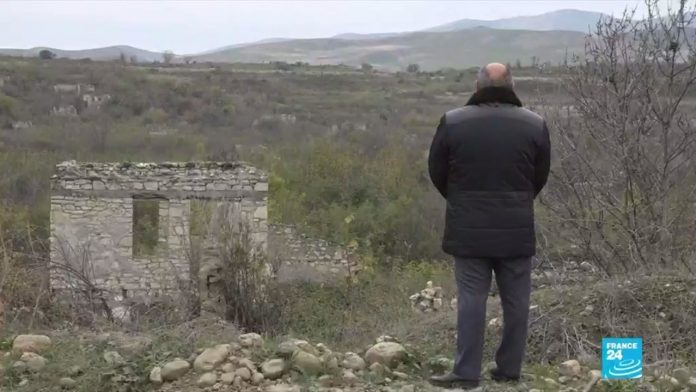 When the scene of heavy fighting between Armenia and Azerbaijan lies the district of Fuzuli on the outskirts of Nagorno-Karabakh, which was won by Azerbaijani forces, is deserted following a recent ceasefire agreement reached by Moscow.

Throughout the district are the scars of war: mining fields, abandoned ammunition, deserted army posts and unexploded bombs by the roads. But some of these date back to 1993, when ethnic Armenians took over the Fuzuli district to create a military buffer zone. Hundreds of thousands of locals were forced to flee their homes.

Three decades later, these inhabitants have returned to find their former homes in ruins.

Among them, teacher Ramila Sahinkizi has promised to return to Fuzuli to build a new life.

“My father’s house used to be here,” she told FRANCE 24. “Now there is nothing.”

“We will tell future generations about all the bad things the Armenians have done. We will never forget. “