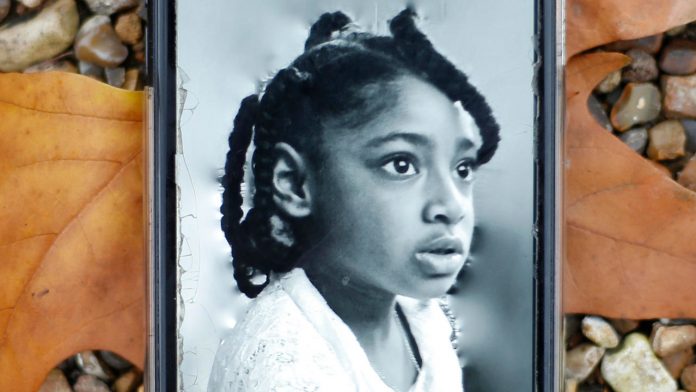 The mother of a nine-year-old British girl who died after a severe asthma attack called on Wednesday for a public health campaign warning of the dangers of air pollution, after a prison warden had contributed to her death.

In a legal first, coroner Philip Barlow said poor air quality from vehicle emissions made a “significant contribution” to Ella Adoo-Kissi-Debrah’s death in 2013.

London Mayor Sadiq Khan called the verdict a “landmark moment” and called air pollution a “public health crisis”, while campaigns said it should now lead to a policy review.

Ella’s mother, Rosamund, welcomed the trial’s decision, which she said would help improve the lives of children struggling with asthma due to poor air quality.

“When we walk around our city, there are still illegal levels of air pollution. This issue is far from over, she told reporters.

“There must be a whole health campaign about this. This is a very serious health issue … Hopefully this (decision) will change that. ”

Ella died of acute respiratory failure in February 2013 after a serious asthma attack. She had been taken to hospital almost 30 times in the previous three years with difficulty breathing.

The young girl lived in south-east London just 30 meters from a major ring road in the British capital, which is often congested with heavy traffic.

The coroner’s decision is the first to have poor air quality registered as a factor in a death certificate.

Barlow said that Ella “was exposed to levels of nitrogen dioxide that exceeded the guidelines of the World Health Organization. The main source of her exposure was traffic emissions”.

He said it was also important to register a “recognized failure” to reduce these NO2 levels to within the UK and EU borders, “which may have contributed to her death”.

Information was not provided to his mother who may have caused her to take measures that may have prevented the girl’s death, he added.

A first investigation in 2014 established that Ella died of acute respiratory failure. But the decision was revoked and a new hearing was ordered after a review of the case.

Air pollution expert Stephen Holgate found a “striking link” between nails in NO2 and harmful particles and the occasion that she was taken to hospital for treatment.

He told the inquiry that she “lived on a knife edge” due to her surroundings and the air quality in her neighborhood, which aggravated her condition.

Winter air pollution exacerbated her asthma in the months leading up to her death, added Holgate, a professor of immunopharmacology at the University of Southampton.

The investigation learned that air pollution had been a known factor in aggravating asthma, even in children, for at least four decades.

The readings of air pollution one mile (1.6 kilometers) from Ella’s family home consistently broke legal EU borders during the three years before her death, the author said.

Rosamund Adoo-Kissi-Debrah said she would have moved from the area if she had been aware of the air quality of her daughter’s health.

She now wants a new Clean Air Act to be her daughter’s legacy.

The British Lung Foundation and Asthma UK said the investigation had revealed the “invisible dangers of inhaling dirty air”.

“Today’s ruling sets a precedent for a seismic change of pace and the extent to which the government, local authorities and clinics must now work together to address the country’s air pollution crisis,” said co-chair Sarah Woolnough.

According to figures from the London mayor’s office, WHO-recommended limits for air pollution are being broken in almost the entire British capital.