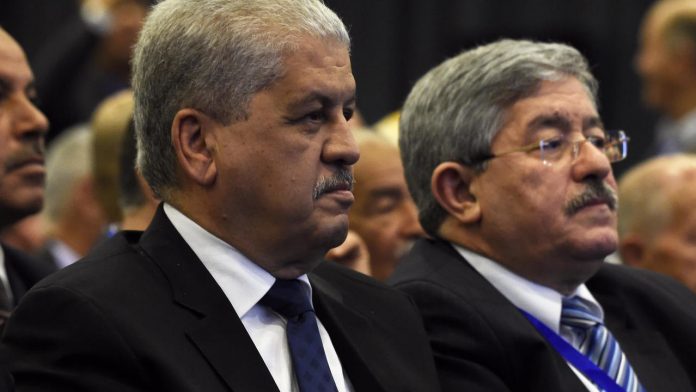 The verdict confirmed a sentence of 15 years for Ahmed Ouyahia and 12 years for Abdelmalek Sellal, which was originally handed down in December 2019, the source said.

The two were convicted in a corruption trial focusing on the country’s car sector and the covert financing of a suspended representative from 2019 of the sick Bouteflika, who resigned in April the same year during mass protests.

The two men were tried again after the Supreme Court in November overturned their previous convictions following an appeal.

During the review in early January, Ouyahia admitted to having received gold bars from Gulf donors and then sold them on the black market, Algeria’s official news agency reported.

Ouyahia said he had previously kept quiet about the matter so as not to “undermine relations between Algeria and some friendly countries”.

The car scandal, in which several businessmen were also convicted, cost the public purse an estimated 128 billion dinars (about $ 1 billion today).

Ouyahia was Prime Minister four times between 1995 and 2019. Sellal served from 2012 to 2017 and handled four of Bouteflika’s election campaigns.

The trial against the two previous premieres in December 2019 was the first in a series of high-profile corruption cases that began after Bouteflika resigned after 20 years at the helm.

It was also the first time since Algeria’s independence from France in 1962 that former prime ministers had been brought to justice.

But observers believe that convictions from former politicians and businessmen since Bouteflika left lead more to internal points being resolved among the elite than a reflection of meaningful reform.

The protest movement that forced his resignation held its demonstrations long after his resignation from power, before finally ending early last year due to the coronavirus pandemic.

A prisoners’ rights group says more than 90 people, including activists, social media users and journalists, are currently in custody in connection with that movement.

Abdelmadjid Tebboune, another former prime minister under Bouteflika, became president in late 2019, in a vote boycotted by protesters. Public data amounted to only about 40 percent.

Tebboune is currently in hospital in Germany after suffering complications related to his coronavirus infection late last year.