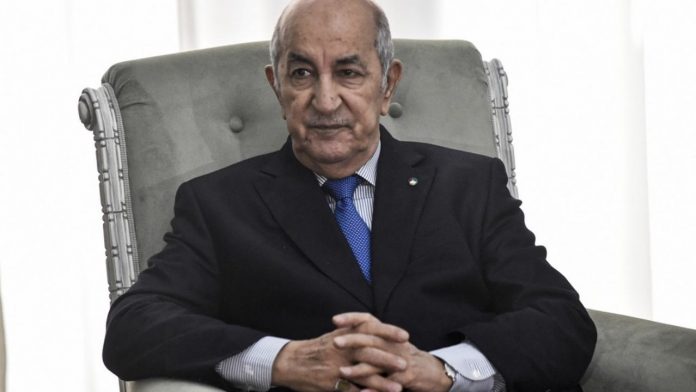 Algerian President Abdelmadjid Tebboune has captured Covid-19, his office said Tuesday, ending days of speculation after he was hospitalized in Germany following cases of the virus among aides.

Tebboune, 74, a heavy smoker, “continues to receive treatment at a specialist German hospital after contracting Covid-19 disease” and is “gradually improving,” his office said in a statement.

Algerian authorities had previously said Tebboune was in Germany for medical check-ups when he flew there last week after saying people in his administration had coronavirus.

Algeria’s president was elected less than a year ago as Algeria faced its biggest political crisis in decades with a mass protest movement demanding the replacement of the entire ruling class.

Supported by the powerful military, he pushed for changes to the constitution as part of a strategy to turn the page on unrest. But although it was approved during a referendum on Sunday, turnout was 23.7 percent very low.

His absence through illness could slow Algeria’s efforts to implement economic reforms aimed at reducing dependence on dwindling energy revenues.