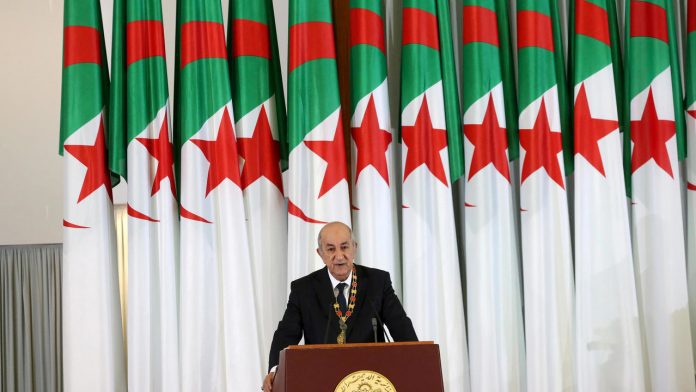 President Abdelmadjid Tebboune returned to Algeria on Tuesday and appeared on television after a two-month absence in Germany, where he received treatment for Covid-19.

“It’s hard to be far from his country,” says Tebboune, according to films broadcast after arriving from Berlin around 18:00 (1700 GMT).

Apparently in good health, Tebboune, who appeared to have recovered since his last TV appearance over two weeks ago, was greeted by several senior Algerian officials, including Prime Minister Abdelaziz Djerad and Army Chief of Staff Said Chengriha.

The president spoke briefly and wished “a happy new year to all Algerians”, “much better than 2020” and suggested that he was almost cured of the virus.

He made his last TV appearance on December 13 and looked visibly thinner after treatment for weeks, saying he was “on his way to recovery” and would return soon.

Tebboune, 75, a heavy smoker, was hospitalized in Germany on October 28, and Algerian authorities later announced he had Covid-19 disease.

He had completed his treatment and left the hospital at the end of November, but extended his stay in Germany for a period of convalescence.