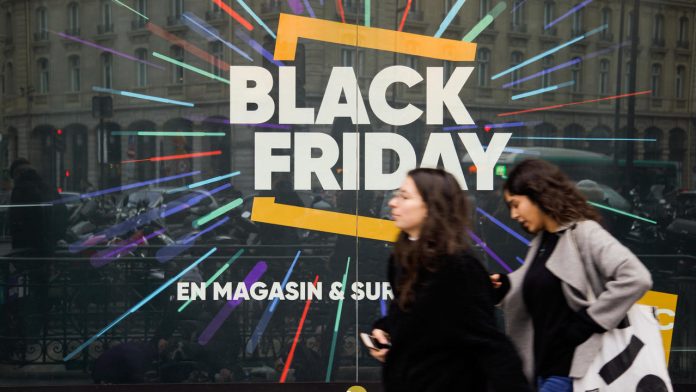 Amazon said on Thursday that it would postpone its “Black Friday” discount shopping sales in France until December 4, to join other retailers to delay the event in the middle of a nationwide lockdown scheduled to run until December 1.

The Ministry of Finance said earlier on Thursday that supermarkets and online retailers in France were open to the idea of ​​postponing “Black Friday” sales at a discount at the end of November by one week.

Finance Minister Bruno Le Maire called on supermarkets and online stores on Wednesday to postpone Black Friday, which runs from November 27 to November 29, as stores selling non-essential goods must be closed during lockdown.

Duval had said earlier this week that the end of November was a very important time for Christmas shopping and it would be perfect if shops selling non-essential items were to resume on November 27.

Le Maire will meet with retailers on Friday at 1400 GMT to finalize a possible Black Friday delay deal.

France entered a second national lockdown on October 30 and President Emmanuel Macron has said it will last for at least four weeks. Sidewalks include closing unnecessary shops, restaurants and bars.

But with the latest data showing that France is on track to curb a sharp rise in coronavirus infections, the government is under pressure from shops and businesses to reduce restrictions in time for the crucial Christmas season.

Smaller stores are struggling to compete with large retailers and online giants such as Amazon, which is allowed to operate and deliver goods during the shutdown.

The Treasury said in a statement on Thursday that a one-week delay in Black Friday sales would help “ensure that stores reopen in France under maximum security conditions”.

A spokeswoman for Carrefour said CEO Alexandre Bompard spoke to Le Maire by telephone on Thursday and agreed to suspend the Black Black operation on November 27-29.

Casino, the owner of CDiscount, which has the second largest share of France’s e-commerce market after Amazon, had no immediate comment.

Macron will address the nation next week about the pandemic and the restrictions in the country.