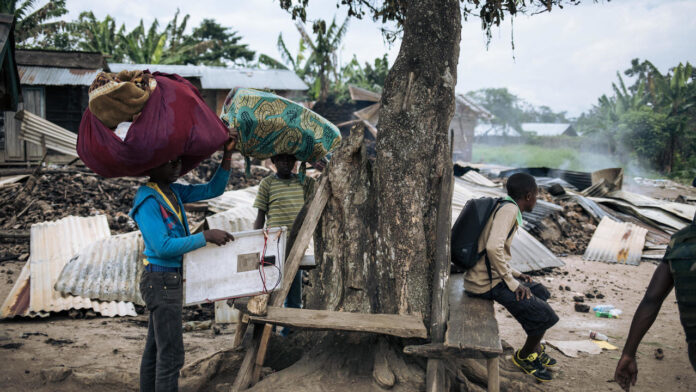 The United States on Wednesday blacklisted two Islamist extremist groups in the Democratic Republic of Congo and Mozambique as foreign terrorist organizations over allegations of links to the Islamic State (ISIS).

The designations prevent members from traveling to the United States, freeze all U.S.-related assets, prohibit Americans from doing business with them, and make it a crime to provide support or resources to the movements.

“The Islamic State of Iraq and Syria (ISIS) announced the launch of the province of the Islamic State of Central Africa (ISCAP) in April 2019 to promote the presence of ISIS-associated elements in Central, East and Southern Africa,” the Foreign Ministry said in a statement.

“Although ISIS-affiliated media portray ISCAP as a unified structure, ISIS-DRC and ISIS-Mozambique are different groups of distinct origin,” it said. “These groups have committed or pose a significant risk of committing terrorist acts.”

The Allied Democratic Forces (ADF), a Ugandan rebel faction active in eastern Congo since the 1990s, has committed a wave of brutal retaliatory attacks on civilians since the military launched operations against it in late 2019.

The ADF has been blamed for the killing of more than 140 people since the beginning of the year, in almost weekly attacks in the eastern part of Congo. The group killed about 850 people last year, according to UN figures.

Islamic State funding and recognition has pushed the ADF into a new phase of deadly expansion, said Laren Poole of the Bridgeway Foundation, a US thin tank.

“We believe that focusing on the group’s financial networks and recruitment networks will provide the most effective way to reduce the Islamic State in the DRC’s capacity for violence,” Poole told Reuters.

However, some analysts have questioned the links between the ADF and the Islamic State.

“It is a symbolic act and a little surprising because the expert group has consistently downplayed the nature and strength of ISIS influence in the Congo,” he added.

Ahlu Sunnah Wa-Jama, known in Mozambique as Al-Shabaab, staged his first attack in 2017. First known mainly for beheadings, the fighters declared allegiance to the Islamic State in 2019 and have since increased attacks in scale and frequency.