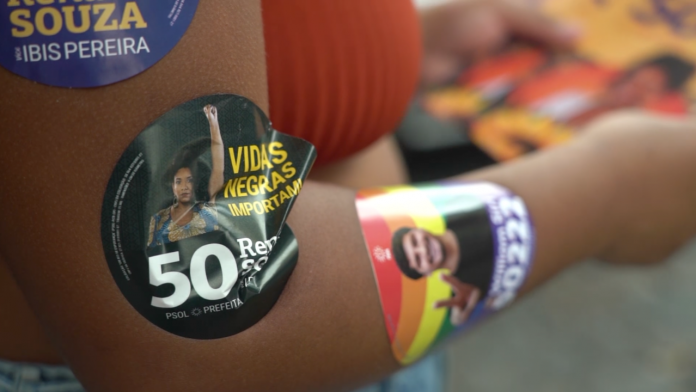 On May 25, George Floyd’s death in the United States sent shock waves internationally. That same week, in Rio de Janeiro, 14-year-old João Pedro was shot by police – with few consequences. In Brazil, where 56 percent of the population is black, compared to 13 percent in the United States, racism is deeply rooted in society. Brazilian police, perceived as one of the most violent in the world, kill 17 times more black people than American officers. Miles from Minneapolis, a Brazilian Black Lives Matter movement, is gaining momentum. Our correspondents report.

Although the issue of race helped successive Brazilian governments win votes in the early 2000s, the black population in Brazil is now witnessing a setback. The country, which has the world’s second largest black community, is now run by an openly racist president. During his 2018 presidential campaign, Jair Bolsonaro declared the descendants of slaves “good for nothing, not even to multiply”, while using the slogan “my color is Brazil”.

The black struggle is penetrating educational circles, politics and the press. For the first time in the country’s history, in November, there were more black candidates than whites in the local elections. Yet progress collides with entrenched white supremacy and relentless acts of racism: the end of 2020 was marked by a black man killed by security guards at a Carrefour supermarket in the southern city of Porto Alegre, sparking a series of up and down protests.

Will 2020 be remembered as a year that is synonymous with progress in the fight against racism? From Rio de Janeiro, where millions of slaves first arrived from Africa, to São Paulo, the country’s economic metropolis, we dive into the Brazilian racial struggle. “Vidas Negras Importam” means Black Lives Matter in Portuguese. A cry of a people with a deep colonial past.