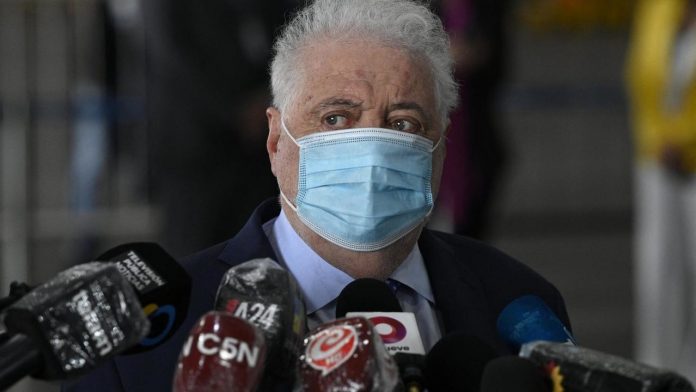 Argentina’s health minister resigned late on Friday after it emerged that his friends had been able to skip the line for a Covid-19 vaccination.

Health Minister Gines Gonzalez Garci resigned after President Alberto Fernandez called on him to quit in the wake of the scandal.

“In response to your express request, I present my resignation as Minister of Health,” Gonzalez Garcia, a 75-year-old physician, wrote in a letter to the president.

He will be replaced by one of his deputy ministers, 48-year-old Carla Vizzotti, who was responsible for securing the Russian Sputnik V vaccine for Argentina, the first country in America to approve and use it.

The scandal broke after a 71-year-old journalist, Horacio Verbitsky, announced on the radio that due to his long-standing friendship with the minister, he could be vaccinated in his office in front of the public.

So far, only health workers have been vaccinated in Argentina and vaccinations for people over the age of 70 did not begin until Wednesday in the province of Buenos Aires.

Local media reported that other people close to the government were also vaccinated at the Ministry of Health.

Fernandez, who is in his 60s and was vaccinated in front of cameras to encourage Argentines to sign up, ordered his chief of staff to ask for the minister’s resignation, officials said.

Argentina, with 44 million inhabitants, has registered about two million cases of Covid-19 and suffered more than 50,000 deaths.

Its officials are not the only ones in South America facing such allegations.

In Peru, the government has been shaken by accusations against some 500 government officials – including former President Martin Vizcarra and top ministers – accused of having been vaccinated before their turn.

Police raided the health ministry and two university clinics on Friday as part of an investigation into what has been called “Vacunagate.”

The group reportedly received some of the 3,200 extra doses provided to staff responsible for testing the Chinese Sinopharm vaccine, which included 12,000 Peruvian volunteers.