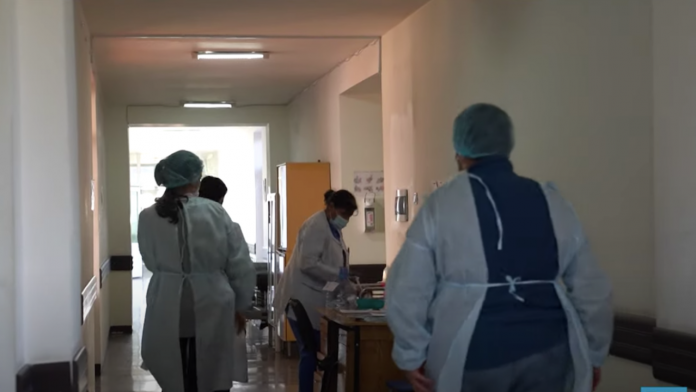 Armenia has accused Azerbaijan of using fireworks, especially white phosphorus, during the Nagorno-Karabakh conflict – an accusation that Baku has denied. But according to our reporters who met with both the wounded and the hospital staff in Yerevan, there is strong evidence that this may have been the case. FRANCE 24’s Luke Shrago, Roméo Langlois and Mohammed Farhat report.

In the burn unit of a hospital in Yerevan, medical personnel are fighting to cope with an influx of wounded soldiers.

Given the brutal nature of their wounds, they are believed to have been able to come into contact with white phosphorus, a highly burning substance that ignites on contact with air.

“We have had many burn patients, but never with wounds like this,” said Ana Cazalgazyan, an anesthesiologist at the ICU.

Her colleague, French-Armenian doctor Ardsiv Papazyan, says the wounds are typical of a chemical or phosphorus weapon.

“They inhale the substance in question and it burns the lungs, so what you see on the surface, the same thing happens at the lung level,” explained Dr. Papazyan.

Treating these burns poses serious challenges. Wounds that may appear to heal can take a critical turn for the worse, while other patients may encounter metabolic problems and even unexplained heart attacks.

Phosphorus is not prohibited under international law, but its use is tightly regulated under an international agreement signed by neither Azerbaijan nor Armenia.