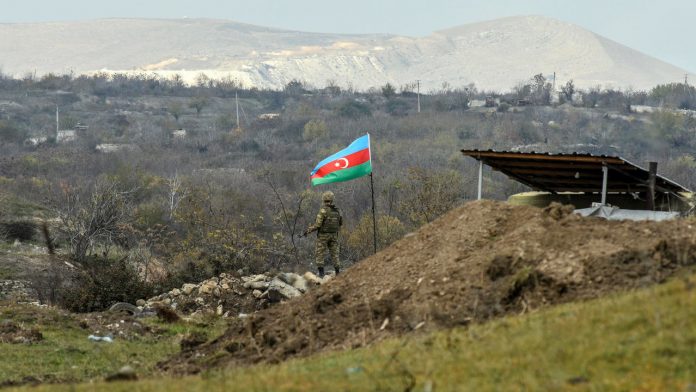 Clashes in the Nagorno-Karabakh region have killed four Azerbaijani soldiers in recent weeks, the Azerbaijani Ministry of Defense said on Sunday in the first report of deaths since a Russian-mediated ceasefire.

Separately, Armenian authorities said six of their soldiers had been wounded in what they described as an Azerbaijani military offensive on Saturday.

The Baku government said the clashes, which also left two Azerbaijani military wounded, had taken place in an area that fell under its control when the fighting ended on November 10, and territory in Nagorno-Karabakh formerly controlled by ethnic Armenians was handed over to Azerbaijan. .

It said the military operation on Friday and Saturday was aimed at destroying or expelling enemy forces responsible for the deadly attacks on Azerbaijani troops.

Yerevan said Armenian forces had rejected attempts to invade territories that would remain under the control of the rebel province’s, namely the villages of Hin Tagher and Khtsaberd.

“Azerbaijan’s provocations continued today in the direction of the villages of Mets Shen and Hin Shen in the Hadrut region,” the Armenian Foreign Ministry said in a statement.

In another statement, the Armenian Ministry of Defense said: “Negotiations between the Armenian, Russian and Azerbaijani militaries are under way to resolve the situation in Hadrut and ensure that the parties return to their former positions.”

Russian peacekeepers deployed in the conflict zone have not reported any major clashes, but said at the weekend that a ceasefire had been violated.

Azerbaijan’s state security service said “unfounded allegations against the Azeri side and the Russian peacekeepers by some Armenian leaders and the media” were unacceptable.

The Armenian Foreign Ministry said Russian forces were not deployed in the area where the clashes broke out.