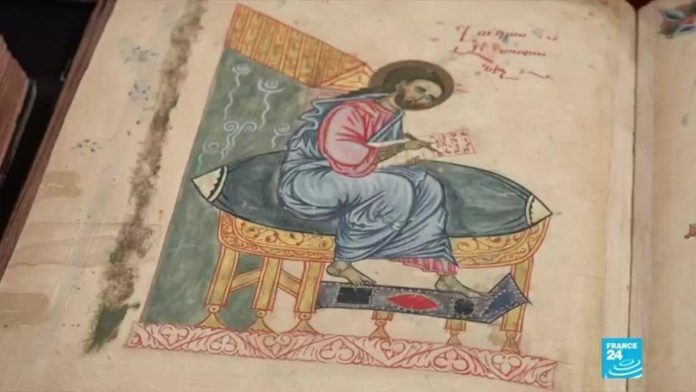 Ever since rockets began falling over the disputed Nagorno-Karabakh region, a team of historians has been working to bring hundreds of ancient Armenian manuscripts to safety for fear of being destroyed by artillery or vandalism.

Behind a thick arched door at the Matenadaran-Gandzasar Cultural Center in Yerevan, the capital of Armenia, are Armenian manuscripts – some dating back to the 13th century. They have moved there from their sister complex in the disputed Nagorno-Karabakh region, as Armenia’s resumed conflict with Azerbaijan threatens their existence.

“We saw the rocket fire fall on Gandzasar Cathedral in Shusha, as Matendaran is located next to the Gandzasar monastery complex. For security reasons, we decided to temporarily move everything to the Matendaran in Yerevan, ”explains Aram Torosyam, director of the center.

But he’s not just worried about rocket fire. “The manuscripts were removed, given how the destruction of monuments is an ongoing phenomenon for these terrorists – Azerbaijani, Turkish groups, they have this tendency to destroy monuments.”

The manuscripts are an important part of Armenia’s cultural heritage, many documenting its deep and often troubled relationship with its neighbors.

To see the full report, click on the player above.