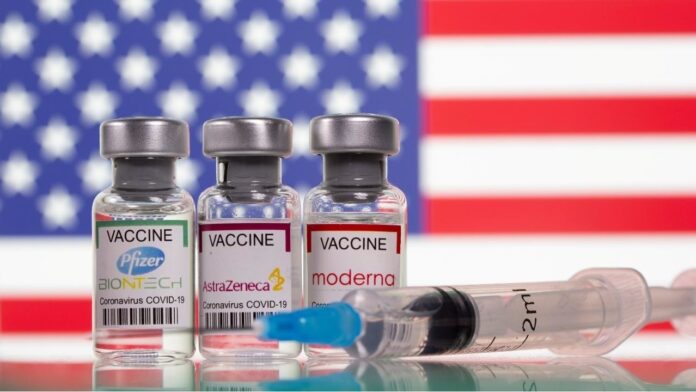 AstraZeneca has said it stands by its coronavirus vaccine after a US body raised concerns about test results that showed the shot was very effective in preventing Covid-19.

As immunization programs gather around the world, another vaccine got into trouble on Wednesday when Hong Kong and Macau suspended the Pfizer-BioNTech jab over what authorities said was a packaging problem.

The uncertainties are a blow to researchers’ hopes of a rapid expansion of what they say is the best hope of ending a pandemic that has killed more than 2.7 million people.

AstraZeneca had published results from its US trials on Monday and showed that the vaccine was 79 percent effective in preventing Covid-19, but the US National Institute for Allergies and Infectious Diseases raised concerns that the results were outdated.

The company backed its shot on Tuesday, saying a review found that the interim results it had announced were “consistent” and that it would release new analysis and data “within 48 hours”.

The AstraZeneca shot had been hailed as a potential game changer in the fight against the pandemic, as it is cheaper and easier to store and transport than many of its competitors.

But public confidence in the drug has tumbled after more than a dozen countries temporarily suspended their launch due to isolated cases of blood clots – even though the World Health Organization and regulators have found no link to the shot.

AstraZeneca has also struggled for several months with production and supply chains, delivering only 30% of the doses promised by the European Union in the first quarter and sparkling in Brussels.

The European Commission will on Wednesday revise trade rules to strengthen its hand in preventing the export of vaccines produced in the block.

The already stumbling vaccination programs in Hong Kong and Macau also encountered problems on Wednesday, as authorities temporarily stopped giving Pfizer-BioNTech shots due to concerns about the packaging of vials.

Health officials did not explain exactly what was wrong with them, but insisted that there were no safety issues.

I am deeply concerned that many low-income countries have not yet received a single vaccine dose # COVID19, while richer countries are in the process of vaccinating their entire population.

Vaccines must be a global public. The world must unite to make this a reality.

Despite these problems, rich nations have accelerated their momentum, but fears are growing for supplies to the rest of the world.

“I am deeply concerned that many low-income countries have not yet received a single dose of vaccine # COVID19,” UN Secretary-General Antonio Guterres tweeted on Wednesday.

“Vaccines must be a global public. The world must unite to make this a reality. ”

The pandemic has turned for the worse in many countries, with known infections worldwide approaching 124 million.

Brazil’s daily death toll exceeded 3,000 for the first time as the South American nation’s healthcare infrastructure was pushed to the brink of an explosion of cases.

Medical oxygen supplies for Covid-19 patients have dropped to “alarming” levels in six of Brazil’s 27 states, officials said on Tuesday.

The warning raised fears of a repeat of horrific scenes in the northern city of Manaus in January, when a lack of oxygen left dozens of Covid-19 patients suffocated to death.

“You have no idea what it is like to see families running around to find oxygen tanks, fights outside places that sell oxygen,” Manaus-based doctor Adele Benzaken told AFP.

“It was like a war – the chaos of a bombing when people run around desperately without knowing what to do.”

‘We have a new virus’

The increases have forced governments to reintroduce unpopular and economically punitive restrictions, including lock-in, despite the availability of vaccines.

German Chancellor Angela Merkel has ordered a nationwide shutdown for five days from April 1 to combat a nail driven by the variant first discovered in Britain.

“Basically, we have a new virus,” she said. “It’s much more deadly, much more contagious and contagious much longer.”

The Netherlands extended coronavirus restrictions until April 20, while Norway will ban alcohol sales in bars and restaurants as part of new antivirus rules from Thursday.

The Belgian government would hold a disaster meeting on Wednesday to decide how to combat a worrying rise in cases.

Those on the pandemic front line in the hard-hit UK, under enormous pressure throughout the crisis, received a boost on Tuesday when a painting by street artist Banksy sold for a record £ 16.75 million ($ 23.1 million) in an auction of Christie’s to raise money. money for health workers.