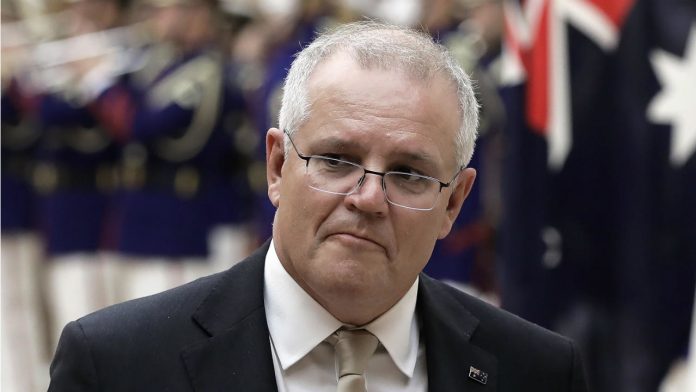 Australia demanded an apology after a senior Chinese official published a fake photo of an Australian soldier holding a knife with blood on it in the throat of an Afghan child, calling it “really disgusting” and demanding that it be taken down.

Prime Minister Scott Morrison called for a press release to condemn the publication of the picture and marked a further decline in relations between the two countries.

“It’s outrageous and can not be justified in any way,” Morrison said. “The Chinese government should be completely ashamed of this post. It reduces them in the eyes of the world.”

Australia has told 13 special forces that they are being fired in relation to an independent report on alleged illegal killings in Afghanistan, the head of the country’s army said on Friday.

“It is the Australian Government that should be ashamed that their soldiers are killing innocent Afghan civilians,” said Hua Chunying, China’s Foreign Ministry spokeswoman, when asked about Morrison’s comments.

The picture of her colleague shows people’s “indignation”, Hua said and spoke at a regular press conference in Beijing on Monday. Whether it will be removed is a matter between Twitter and the Australian government, she said.

Australia’s relations with China have deteriorated since Canberra called for an international inquiry into the origins of the coronavirus pandemic.

Morrison said countries around the world saw Beijing react to tensions in Australia’s relations with China.

In the latest in a series of trade sanctions, China announced on Friday that it will impose temporary anti-dumping duties of up to 212.1% on wine imported from Australia, a move Canberra has identified as unjustified and linked to diplomatic complaints.

Zhao wrote on Twitter: “Shocked by the killings of Afghan civilians and prisoners of Australian soldiers. We strongly condemn such acts and demand that they be held accountable.”

His Twitter account had published the same message, but without the fake picture of the soldier and the child, on Friday.

Morrison said Australia had set up a “transparent and honest” process to investigate the allegations against the accused soldiers and this “is what a free, democratic, liberal country does”.

Australia had “patiently tried” to address tensions with China and wanted direct discussion between ministers, he said.