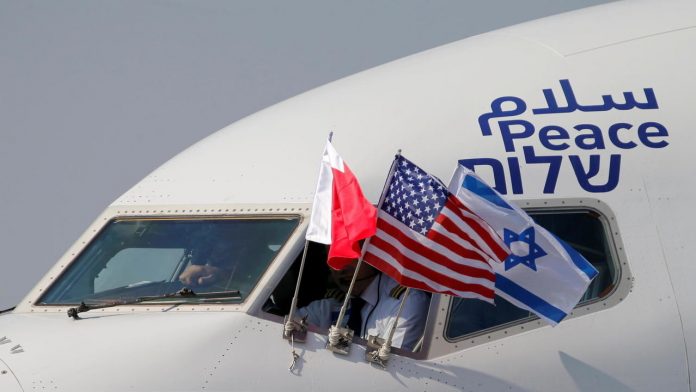 Bahrain’s foreign minister arrived in Israel on Wednesday during the first official visit of the Gulf state, which normalized relations with the Jewish state in September.

Bahrain and its neighboring bay in the United Arab Emirates both signed US-sponsored normalization agreements with Israel in the White House on September 15, agreements condemned as a “betrayal” by the Palestinians and their allies.

The agreements shattered a long-standing Arab consensus that there should be no normalization with Israel until it reaches a comprehensive peace agreement with the Palestinians.

Zayani would negotiate in Jerusalem later Wednesday with both Israeli Prime Minister Benjamin Netanyahu and the outgoing US Secretary of State Mike Pompeo, who would arrive in Israel in the afternoon.

Pompeo, during his two-day visit, was expected to make the first visit by a senior US official to a Jewish settlement in the occupied West Bank.

All Jewish settlements in occupied Palestinian land are considered illegal by most of the international community.

Their sustained expansion under successive Netanyahu-led governments has proved to be one of the biggest obstacles to the peace process with the Palestinians.

Zayani’s visit is expected to be followed by others.

On Tuesday, Israeli President Reuven Rivlin sent an official invitation to Abu Dhabi’s Crown Prince Mohammed bin Zayad Al-Nahyan, who is seen by many as the de facto ruler of the United Arab Emirates.