Home NEWS Beaten by the police: The images of the music producer’s assault that...
Facebook
Twitter
WhatsApp
Linkedin
LINE 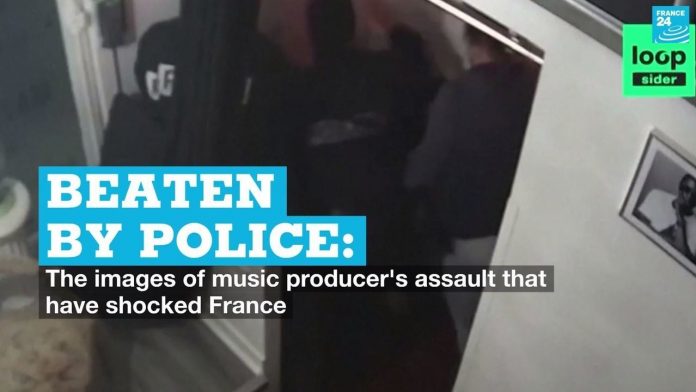 A film by the police beating an unarmed black music producer in his own studio has caused shock and condemnation all over France. The video taken by CCTV and public members shows that the police repeatedly hit the man with fists and truncheons, while the victim has said that they also threw race bolts at him.